Quest 2 really is starting to "spoil" me when it comes to PCVR. In mean that in a good way. Like... I am having trouble putting it down as my main PCVR headset. It's just so convenient, and it really does look great inside these lenses.

To be honest, I'm starting to want Quest 3 leaks and info now lol

There is a lot of misinformation spreading around about Facebook account issues lately. This article, for instance, claims in its title that “Facebook is banning some Oculus players who use more than one headset.” Has anyone been banned over this? Not that I’ve heard of. Is the issue about owning or using more than one headset? Not exactly; the support discussion in question was about a user who had two Oculus accounts, asking Support how he could use both accounts on his two Quests. This led to a statement by a low-level support representative (about using multiple headsets simultaneously on the same account) that doesn’t seem to be in line with the upcoming multi-user feature.
The problem is, nobody (including support staff) seems to be clear on exactly what the policy is or how it will work. This is 100% Facebook’s fault; they’ve started implementing their new account policy without communicating how the whole thing is meant to function (and perhaps without having it figured out themselves).
Facebook has really bungled this by not having their multi-user scheme in place before forcing the account merge onto users. Really, this whole account change rollout has been a mess. They should have had their account policies sorted out and ready to go, they should have been more prepared with properly-informed support staff, and they should have had a hard block on AI-based account suspensions with any linked Oculus hardware or software.

With no clear indication from Facebook about what the plan is, the misinformation continues to spread like wildfire. Perhaps some bad press is exactly the kick in the pants they need to get out in front of it and finally explain exactly what the policy is meant to be. 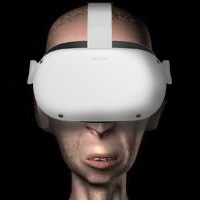 Re: Processing for shipping?

OculusSupport said:
Hey @CRadiant, it should normally ship out in one or two business days once your order has actually been charged. It won't be charged until it is ready to ship out. Once it does ship out, you should receive a separate email with tracking information.If you have any questions about your order, please feel free to contact support here. Thanks! -Rick

Thank you for the response! I just got the tracking number in my email about a day ago and it's arriving Monday, CAN'T WAIT!!! 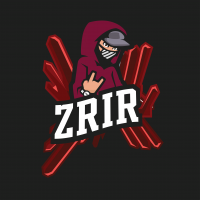 Re: How To Avoid Myself From Getting Banned? 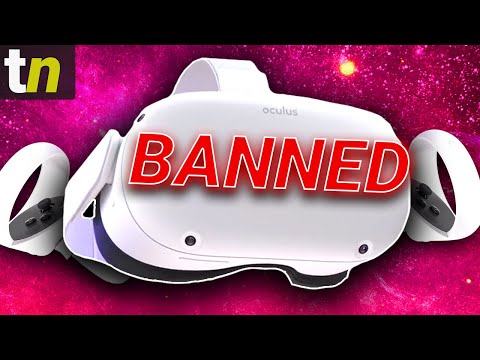 I want a walled garden now.
Looks nice and peaceful. 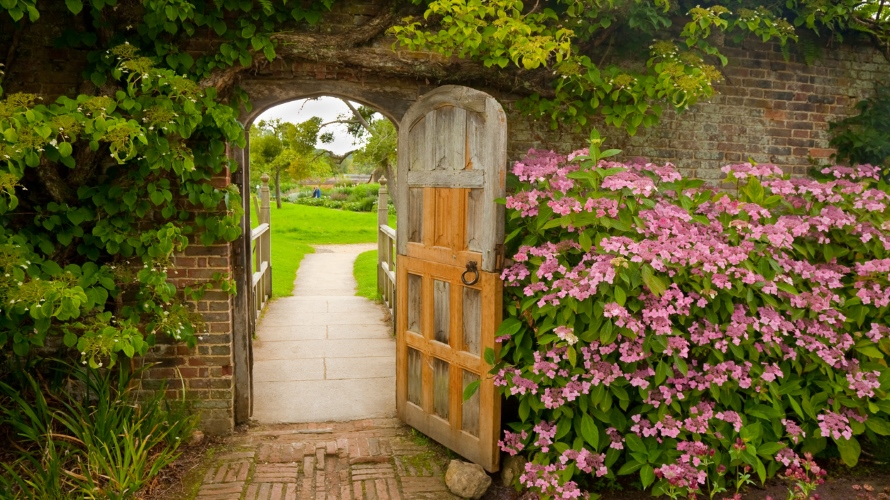 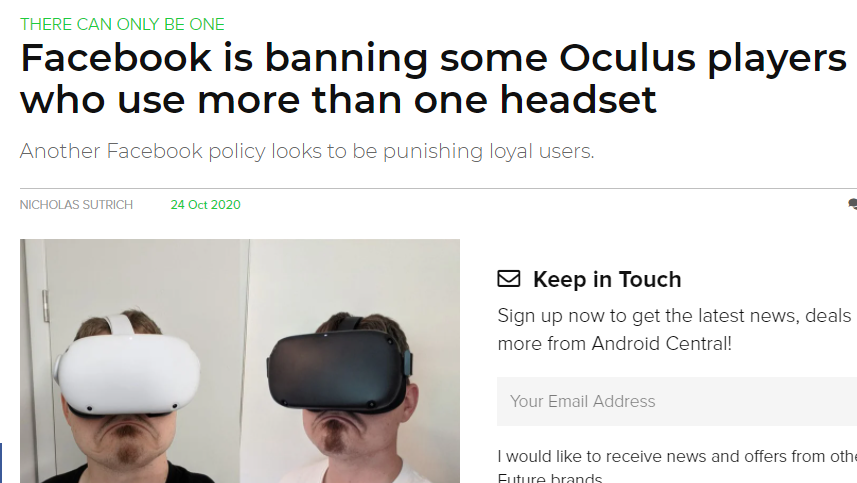 https://www.androidcentral.com/facebook-banning-some-oculus-players-who-use-more-one-headset
This would seem to underpin the feeling that some posters on other forums have voices that the Facebook management are not enamored with the previous Oculus community and want to achieve a "hard reset" over what has passed. Totally distancing themselves from the previous Oculus userbase and focusing on the brand new uplands envisaged for the Quest-2, with no pesky baggage. It is the kind'a ultimate slap in the face to the 12-month old Rift-S and Quest-1 community who may also have brought a Quest-2, hoping they would be able to pick which platform they could use dependent on what they wanted to do that day!

Like all things currently, I am sure the devil is in the details - and can be rolled back at any time if the backlash proves embarrassing. 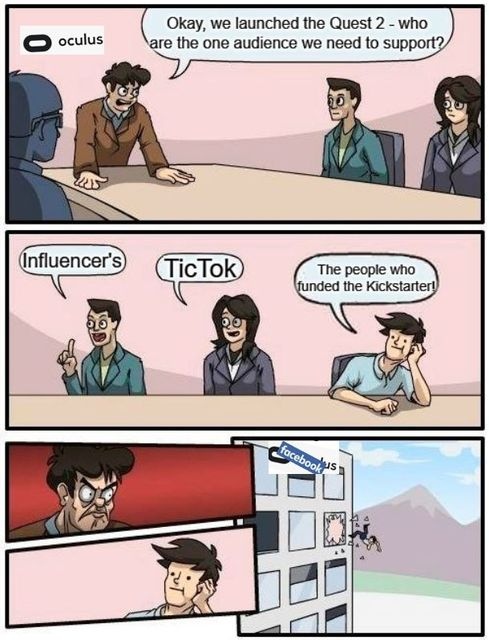 SBDesign said:
try restarting your computer and try again
if that fails, try in a few days buddy

So did my wife.

Luciferous said:
...I could be tempted though maybe Q3 now if the wireless range could be extended by repeaters or something like that. I have a fairly small VR room but if I could turn on the PC and go into my living room without having to lug all the equipment about that could be brilliant and a game changer. So I can see the potential attraction.

In the UK we get fairly small houses for our money as being an island, space is at a premium.

If anything the Quest 2 looks like a very interesting headset to play with for the money.

Re: I'm banned from Facebook so what do I do?

We got your money, please just go away now, seriously I am waitng for Mistsibushi to call me and say 'We just noticed you do not have a facebook account, you can continue driving until 2023 after that you wither sign up or your truck will have limited functionality'

This is nothing more than bullying, it is the most ridiculous thing I have ever seen a company do.

but that is just my view/opinion.

I wont spend another penny with Oculus, 2023 it is in the bin.