@Zenbane -I was responding to Kojack who owns an Oculus Quest 2 and spoke about comfort. I then stated that other people had joined threads about Valve index for example and had their say without ever owning these VR Headsets. I only really said that because of the reply I got to my post after responding to Kojacks post. So, I'm agreeing with him if others are agreeing to let threads like the Vavle index thread be about the Valve index.

That's what I meant when I said about Oculus allowing for other headsets to be talked about. 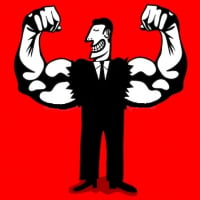 RedRizla said:
Yes, this is an Oculus forum, but threads about other VR headsets are allowed on this forum for now.


I'm sure I could start a Quest 2 thread on the Pimax Forum, but it doesn't make it a good idea. More to Tom's point, I think it's more about individual accountability as opposed to what is allowed vs disallowed.

And this does make a lot of sense:
"I wish guys who have no Quest 2 experience would stop posting 'I heard, or I think' things, lol!  Adds no value to this thread imho."

I agree with this 100%. In fact, this is a big reason that I stopped creating threads for headsets I don't own. I used to create those types of threads all the time. Especially when it comes to HTC Vive headsets. But I started to realize that I was being very contradictory, since my experience with those headsets was very limited. I ultimately decided that those conversations are best lead by those with real first-hand experience.

For the HP G2, there's a plethora of forums available if you google the phrase "reverb g2 forum." Not that I'm suggesting it's bad to discuss them here. I plan to get a G2 as well. It just makes more sense to discuss products in a community that is dedicated to that product.

Luciferous said:
Am I the only one who noticed at the end he said he still preferred his CV1 for PCVR games. The fact that people are still going back to the CV1 a 4 year old headset proves to me that this is not real progress for PCVR at least. Mobile gaming I am sure it is a great advance.

Even Runes keeps using his CV1 instead of the index.

If I think the G2 is comparable to my CV1 when I get it then in my view that is a complete failure and I just wasted 525 GBP.

I still use my Rift-S for Elite Dangerous and ETS2 (res increase) and my CV1 for everything else (black levels, sound, better tracking, better touch). The Quest and Quest 2 are far too uncomfortable to put up with for long periods of PC gaming.
The CV1 is still the best overall VR headset of the 9 I currently own, and if I could only own one that would be my pick. I'm waiting to see if the G2 changes that.
Yeah, Oculus hasn't really advanced PC VR since 2016 (in my opinion, based on my design priorities). They took a side step with the Rift-S (better in some ways, worse in more), then a step back with Quest and Quest 2 (due to the fact I don't like wearing them).


When I first started out in VR I stood on the CV1 cable a couple of times, but since then I've never really had a problem being tethered to my PC and I find the Oculus CV1 very comfortable. I'm not sure what type of face you need that lets you play games with the Quest for hours, because it seems a there's a fair few that find it uncomfortable after a period of time. Sounds to me like it requires a certain face, if some people report no discomfort at all.

I think you just need to figure out how to balance the weight.  Total weight does not mean everything imho.  Pretty simple physics and most Q1 guys have already figured this out.

Even easier with the Q2 and Elite headband imho.  You just strap a 10000mahr external battery pack to the rear/bottom rubber cup with a couple of velcro straps.  Add a front over-your head velcro strap to further take the weight off the faceplate and you will be in VR headset heaven!  This is now the most comfortable VR headset I currently own (Rift cv1, Q1, Q2, Vive Pro).

Again, I wish guys who have no Quest 2 experience would stop posting 'I heard, or I think' things, lol!  Adds no value to this thread imho.


I was responding to Kojack who owns an Oculus Quest 2. I think you'll find that other threads in this forum that speak about Vavle index or HP G2 have comments about other headsets in them. Yes, this is an Oculus forum, but threads about other VR headsets are allowed on this forum for now.

The HP -G2 thread has plenty of of posts where people are talking about Quest 2. I agree people should stick to the subject, but can we see this in other threads from now on then?

Re: For the love of GOD. When will I be able to download and install my games on my Quest 2?!!!!

Don't mind Tom, he runs around covering/white knighting for FB.  Many people are having problems with downloads.  It is a software issue, not any fault of your connection.

@inovator
The price thing " now they got ya " was more of a joke and ye the tech will always get cheaper just like my first £500 Blu-ray player which now you can get for about £15.
Not so sure i was joking about  a Quest 3 next year though. 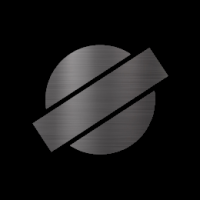 RuneSR2 said:
Just saw this, and I'm really not trying to make another post praising the CV1, but forgot to mention this and even compared to the Index CV1 has this advantage:

While the Index has a very large sweet spot when all dialed in, like taking up let's say 75% of the FOV, it really feels like CV1 compensates for the lower res by being sharp like in 100% of the FOV. Even the periphery is very sharp with CV1, and this extremely large sweet spot may easily be overlooked when evaluating the CV1.

I don't agree with at at all. 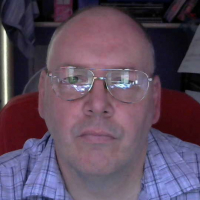 JohnnyDioxin said:
tbh I'm not using my Quest 2 - I'm only using Index until I get a better face gasket/interface for the Quest 2. I only put the Quest 2 on if I want to test something. Mind you, my Quest has remained in it's bag since Quest 2 arrived!
Once the comfort side is sorted, I hope to use it all the time as my main headset, but out of the box it's not up to the job for me.

It's interesting you would consider using it
as your main headset over the index. Is it
The pc wirless that made you decide that?

The funny thing is that I was considering the hp g2 but the pc  wireless on quest 2 is making that option for me less likely.

WMR and G2 controllers vs. Facebook account and streaming compression may indeed be a tough equation to solve even for the most experienced mathematicians. Don't forget to factor in the sound

TomCgcmfc said:
@JohnnyDioxin Not terribly useful imho.  She could not even say if this worked with Link or not.  Seems she is only using her Q2 standalone and wireless with Virtual Desktop right now.  I don't know for sure but I suspect she is getting some sponsor assistance as well.  Heh, everyone's gotta eat.

I'm just going to be patient and wait for official Oculus Q2 firmware and Link software updates.  Does not sound like a risky hack since it reverts back to default after a restart.  Since you think it's useful maybe you should try it out and let us know what you think.  Thanks mate and cheers.

This one works with Link. I have pixel super sampling on 1.3 and resolution width on 3664. It looks better than my Rift S. 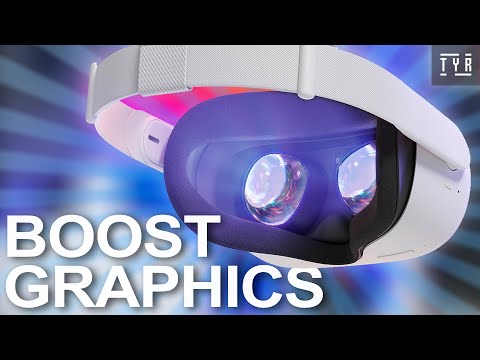 Thanks for that mate.  Rather than use the Oculus Debug Tool (ODT) I use the Oculus Tray Tool (OTT).  The current version of OTT has a Quest tab that lets you change a few things.  It's pretty well setup for the Q1 so you need to pick your own resolution res.  Anyway, like you, I input and used 3664.  For those that are interested this number is equal to the 2x eye width res of the Q2 (= 2x 1832).  I also used OTT to select a Global SS = 1.2 (no game profiles at this point) and asw = auto.  The rest pretty well disabled.  I also did the audio switcher so that it fired up the Quest virtual audio.  I also use OTT to turn on/off OVR runtime services since this helps when I switch between my Oculus headsets and my Vive Pro.

Overall, things with Link look pretty good now.  Almost as good as my Rift cv1 at 2x SS.  All my games/sims seem to be working fine and look pretty good as well.  I think what I'm going to do is commit to only using my Quest 2 for Everything (mobile VR and PCVR with Link) for the next 2-3 weeks and see how I go.  This is probably the only way to help ensure that I get consistent results and should allow me to focus on things that I can do to improve individual results and avoid easily fixed hiccups along  the way.  I'm going to put Quest wireless with Virtual Desktop on the back burner for now as well as my Rift cv1 and Vive Pro.

I'll report back in 2-3 weeks with my findings in a separate Quest thread.  Cheers.

Just let me know if you need help getting rid of that hideous Vive thing, might even trade a brandnew Quest 2 for it - you do need a backup in case your current Quest 2 fails! I'm just happy to help

PS. I might even let you keep the Wands

JohnnyDioxin said:
tbh I'm not using my Quest 2 - I'm only using Index until I get a better face gasket/interface for the Quest 2. I only put the Quest 2 on if I want to test something. Mind you, my Quest has remained in it's bag since Quest 2 arrived!
Once the comfort side is sorted, I hope to use it all the time as my main headset, but out of the box it's not up to the job for me.

It's interesting you would consider using it
as your main headset over the index. Is it
The pc wirless that made you decide that?