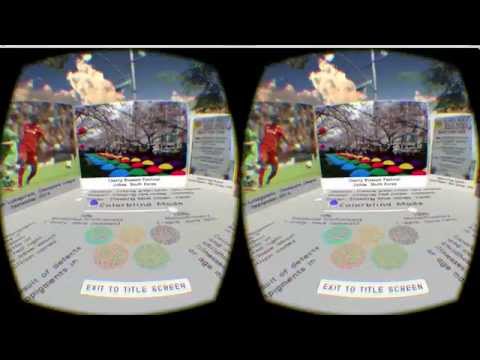 "What color is this?" It's one of the most common questions people ask those with colorblindness.

I have mild red-green colorblindness (or protanomaly), and I thought this would be great for those curious to see a small sample of what the world looks through our eyes. You can choose between three different types of colorblindness, as well as adjust the severity of the effect.

This would have not been possible without Chman's ColorBlindr filter. His GitHub repo can be found here.

The song in the video is "Prelude No. 23 in F major" by Steven O'Brien. This song (and a ton of his other great songs) can be found here.

The Reddit thread with a lot more information regarding the demo and colorblindness can be found here.

It's a relatively small demo, but I hope it helps you understand our view of the world!

And as always, comments and critiques are welcome. Thanks.

Other developer notes:
I'm still trying to figure out loading scenes so I apologize for the reeaaally bad disorientation when you go between the game and the title screen.

Also, for some reason the shadows appear in the Unity editor, but not in the build. I've checked the shadow distance, the camera rendering paths, baked and real time lighting, but nothing.
0