Aquila can be found on Oculus Home and a SteamVR version is on Steam. Having one, then contacting me with proof of ownership will get you the other. For Oculus owners with Touch I'd recommend the Oculus version. Please see the post at the end of the thread for latest changes. Oculus Home version is currently 0.97, while Steam is one behind at the moment on 0.96. I need more hours in the day!
Thank you for reading.

I have been writing a soaring bird flight simulator for the Oculus Rift, where you embody one of three species of eagle in three different terrains. You have full control of the bird in all axis using either Oculus Touch, headset steering, or an Xbox360/One controller. For headset steering, no controller is required, you just need the Oculus Remote, keyboard or gamepad to select menu options. More details in the demo release notes. Please note the downloadable demo has the Scotland terrain only, a 10 minute flight time limit, but all three birds.

This is a pretty intense VR app in development. It has been demonstrated at three events last summer, including at RIAT 2016, and 4 felt nauseous out of nearly 200. If you think you may be affected, keep the flying gentle and cruise the ridges, and keep your sessions short to start with. I'm working on ways to make it more gentle. The touch support is challenging; gliding is simple enough, but flapping flight is pretty exhausting after a few minutes. The game looks at the area you cover and frequency while flapping your arms in a circular motion to define your flapping power, while you're still steering with your hands.

The videos below are running on a Windows 10 system with an i7 6700K processor, 16gb ram and a GF980 GTX. I believe any VR ready system should run it, but that's why I'm posting here.

Features:
- Dude you're a freakin' eagle! There are three species, the white tailed sea eagle, the bald eagle and the harpy eagle.
- You have thermals and ridge lift to make flying easier. Thermic lift is marked with coloured markers (red for down, yellow for neutral and green for up). Wind direction and speed can be set on the main menu.
- The white tailed eagle model has been rewired to be animated by code script in C 'hash'. The wing flapping is controlled by sine curves (and for Oculus Touch, your arm positions), while the control surfaces move by reading the Xbox controller axis, or the equivalent from your chosen control method. The other two eagles are animated using normal Unity animations.
- Free looking in VR, and movements are reflected in your shadow. At the moment, if you look behind you it will let you look through yourself and it's not pretty!
- Fairly accurate flight dynamics, but I wanted it to feel right for anyone. The aircraft toolkit is configured to be an equivalent aircraft size and mass with the correct wing area. All I'll say is keep your speed up, as stalls create a large wing drop.
- You can land and take off, and walk around on the ground. No you can't land in trees (yet).
- Very high detail 13km x 13km for Northwest Scotland (plus an extra 13km lower detail each side for extra horizon). There are two additional terrains in Columbia and British Columbia, of equivalent size. The additional terrains are not in this demo for size constraints.
- Day/Night cycle using UniStorm. Very pretty!!
- Wind particles that show you where the wind is coming from.
- Two demo courses on the Scotland terrain, simply there to show a good way to soar the main ridge, and give a start and finish goal challenge. They're not to be taken seriously.
- Observer mode is now selectable from the in-flight menu, and displays on your main pc screen while you're in VR. It does, of course, have a performance hit when enabled.

Issues:
- Currently ugly if you look behind you, if you don't move your own head up, as you'll look through yourself!
- (GRRRR) If you fly too fast, you pitch down. It's controllable, and rare now thankfully, but it will do it.
- If you get too slow on a loop, you waste lots of height recovering. That's possibly not a bug.
- You can't currently 'trim' in pitch, although you can fly just fine without.
- The flapping doesn't look quite right for the white tailed sea eagle, but it's a sine curve what am I supposed to do?
- The white tailed sea eagle does not have a ground walking animation. Please see the release notes for the demo.
- UniStorm sometimes goes overboard with the contrast after the latest Unity update.

- Oculus Touch... if you bring both wings in to stoop, you may need to pitch down to keep your dive going.
- Oculus Touch... if the wing controls don't seem to be working, check that your headset and Touch controllers are within your sensor range, then press X on the left-hand touch controller to reset the headset orientation and the arm positions. It should then recalculate everything from where you are.

Future plans:
- (PARTWAY THERE) More dynamic landscape with things to do of course (challenges).
- (DONE) Thermals and ridge lift.
- (PARTWAY THERE) Maybe one large landscape, or many smaller ones. I'd love to be able to add more trees!
- (Plan in motion!) Perhaps multiplayer, or motion platform support a la Birdly.
- Survival simulation? Weather etc.

Comments and suggestions welcomed. Thank you again! Please see the videos below. 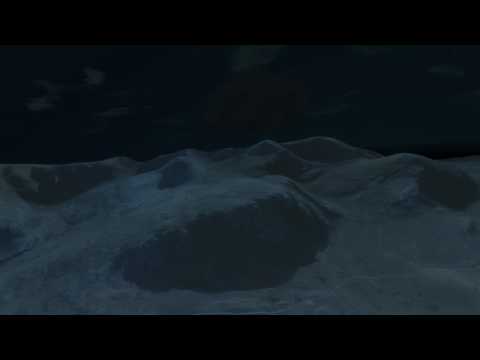 A longer flight using the observer mode on another pc: 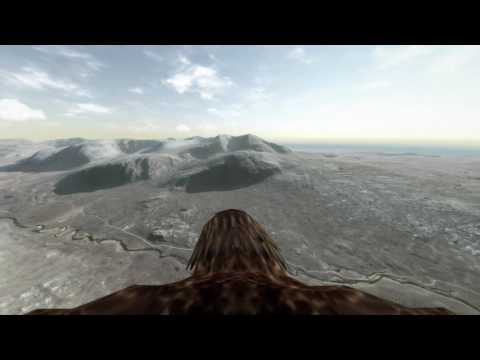 An older video showing a brief bit of soaring and a sunset: 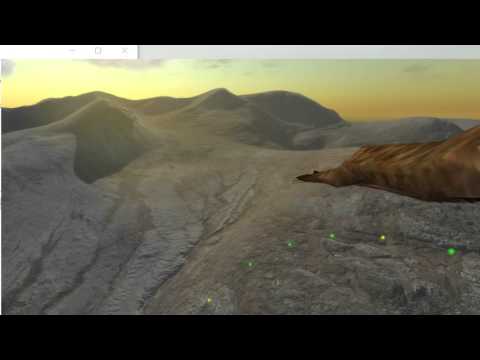 Original video from a year ago: 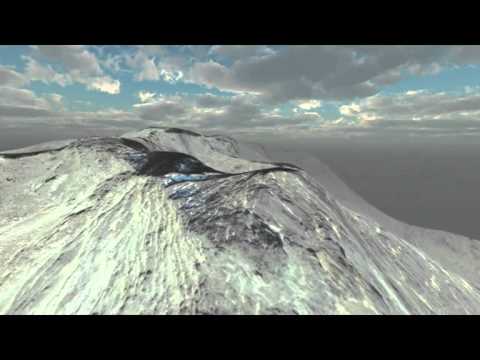