Here's my latest game for the Oculus Rift and Razer Hydra; 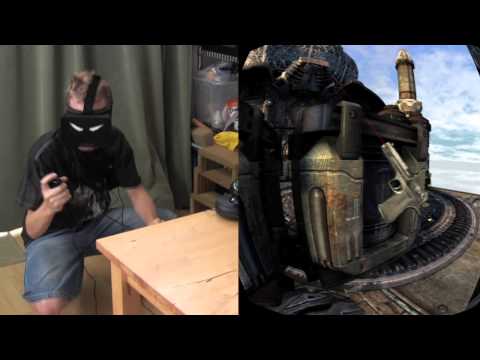 Here's a new level made by Kent - [email protected] 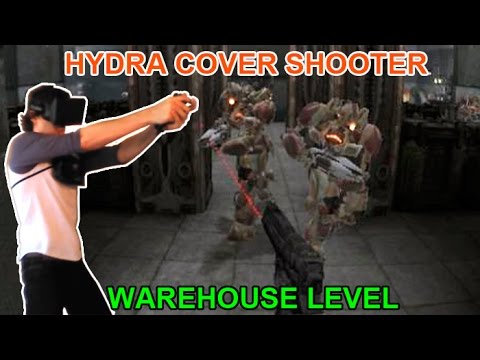 Here's a some more videos; 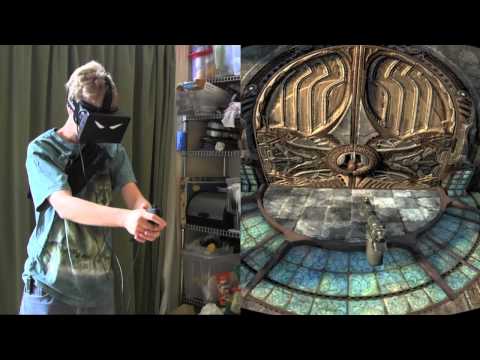 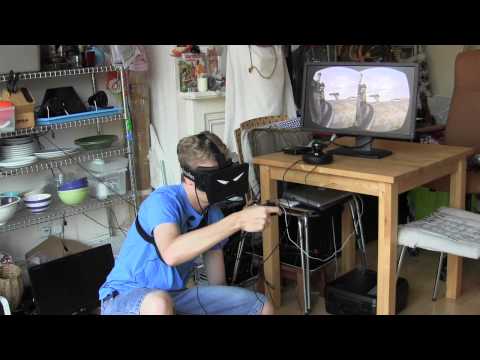 It's using the control scheme from my HydraDeck Demo. It has position tracking for your body (via a Hydra attached to your chest) which allows you to take cover behind columns and duck behind boxes to avoid the incoming enemy fire. The enemies are robots with plasma rifles who lay down some serious suppressing fire. To survive, you'll need to pop up from behind cover and take your shots, or blind fire around corners and hope to hit them.

The position tracking adds a tonne to the immersion of being in a virtual world. Please be careful when playing this demo, lots of people try to support themselves on the crates when they try to stand up or when leaning up against a column, but find there is nothing there!

Just like my last HydraDeck demo, players seem to get very little simulation sickness from this demo. If you do feel any, I'd love to hear from you.

As I mentioned in the video, I've released the UDK level assets and editor, so if anyone is interested in building some of their own levels you can download it here;
https://docs.google.com/file/d/0B1KRnJKwYT-0Tmx3djZXZlNCS00

And if you'd like to implement something similar in UDK, here's the source code;
https://mega.co.nz/#!ZdgHkAhZ!Llo4BlFJeXxknw1fMdL6TQFp3WYN82tkHIusbEcB_Aw

v0.4 changelist
-Added laser sword. It can cut through your enemies and deflect their shots back at them. Stretch out with your feelings.
-Disabled reload feature by default. You can turn it on in the UDKGame\Config\DefaultGame.ini file if you like

v0.3 changelist
-Added reloading. Press the Right Bumper to eject the magazine, then touch the gun to your body to insert a new mag
-Added an UZI. Fires really fast and thus has to reload lots!
-Added a hand grenade. Hold the trigger to pull the pin, then lob and let go of trigger to throw. I find throwing over arm or rolling it along the floor works best!
-Added real physics and sounds to empty shell casings
-Decreased size of head hit box to a more human size
-Made players health regenerate faster
-Fixed players need to recalibrate after the map restarts
-Made "Point at Hydra Base" calibration require a trigger pull by default. I think this will fix a lot of people's calibration issues

v0.2 changelist
-Changed run button to joystick button (push the joystick in)
-Rewrote body tracking rotation, it will now work with the Left Hydra attached anywhere on your chest or back, facing in any direction
-Improved body tracking when leaning to the side or bending over, should match up much better
-Added new calibration step to calculate Hydra Base height (touch the floor)
-Added new calibration step to calculate offset from chest to neck/head (touch back of your neck)
-Added new Turtle enemy
-Added new Thug enemy
-Added new bullet impact effect to give you better feedback when you miss (thanks JamesMcCrae!)
-Added reload to the gun when you press rb (bumper button) NOTE: currently disabled. Turn it on in the config files to test it out
-Tweaked bots tracking of the player to be slightly less aggressive
-Tweaked bots movement speed to be faster, so they can dash between cover
-Reduced the size of the player's hitbox to more closely match your head size
-Improved positional tracking of player's gun
-Improved framerate by reducing the ScreenPercentage default value to 150
GunLock - Multiplayer FPS
UE4 Rollercoaster
HydraDeck - RTS
0
«1234567»