Serious Sam VR: The First Encounter Is Seriously Fun In The Oculus Rift With Touch 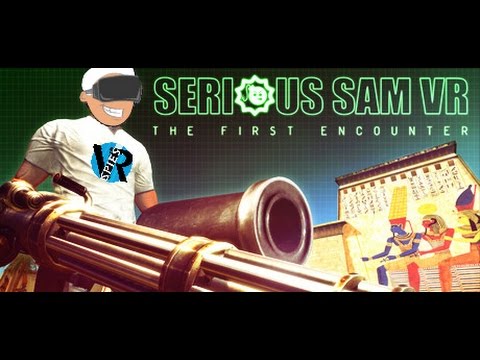 After playing Serious Sam VR: The First Encounter I can say that this game is a blast! This game really brings the feel of the old school FPS classic to life in a new way through VR and hand tracking. Overall it was great to revisit this game in VR. It does have a few issues with the weapon scale and cut scenes but these were easily overlooked once I got into the action of the game! Serious Sam VR is still in early access so these issues can most likely be fixed. If you are looking for a full game that offers traditional locomotion and both a single and multiplayer experience that captures the nostalgia of those time honored FPS classics, then I would highly recommend giving Serious Sam VR a look.
"I have seen the light at the end of the tunnel, and it is the headlamp of the oncoming virtual hype train!"
Tagged:
2