DeadlyJoe Posts: 776 3Jane
January 2017 in Oculus Medium
This happens a few times each session. Either the left or right hand starts to circle rapidly around the current position, and then it snaps back into place and tracking is restored.  These glitches only last about a second, and they seem to happen once every 10 to 15 minutes or so.

I've tried repositioning the cameras, such as placing them further away, placing them closer to me, placing one in front one behind, but this doesn't make a difference. Both cameras are connected to USB 3.0 ports, and I've tried switching up the ports as well, but that also had no affect. There are no mirrors or shiny surfaces that might reflect the IR LED's.

Medium is the only program that I've noticed this in, but Medium is also the only program where I'm concentrating intently on the position of the controller for long sessions. These glitches are so brief that they might go unnoticed in games or other programs. 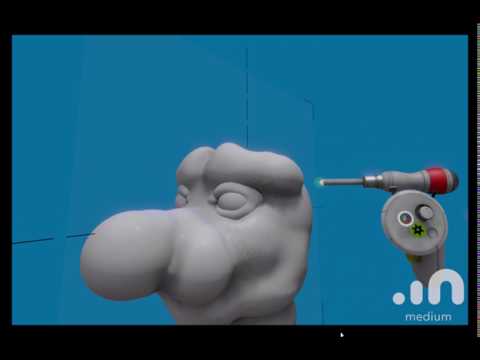