I practiced this week by free handing a wolf skull from photo references. It's pretty inaccurate from a scientific point of view, but still looks cool, I guess. Total modeling time was about 2 hours. 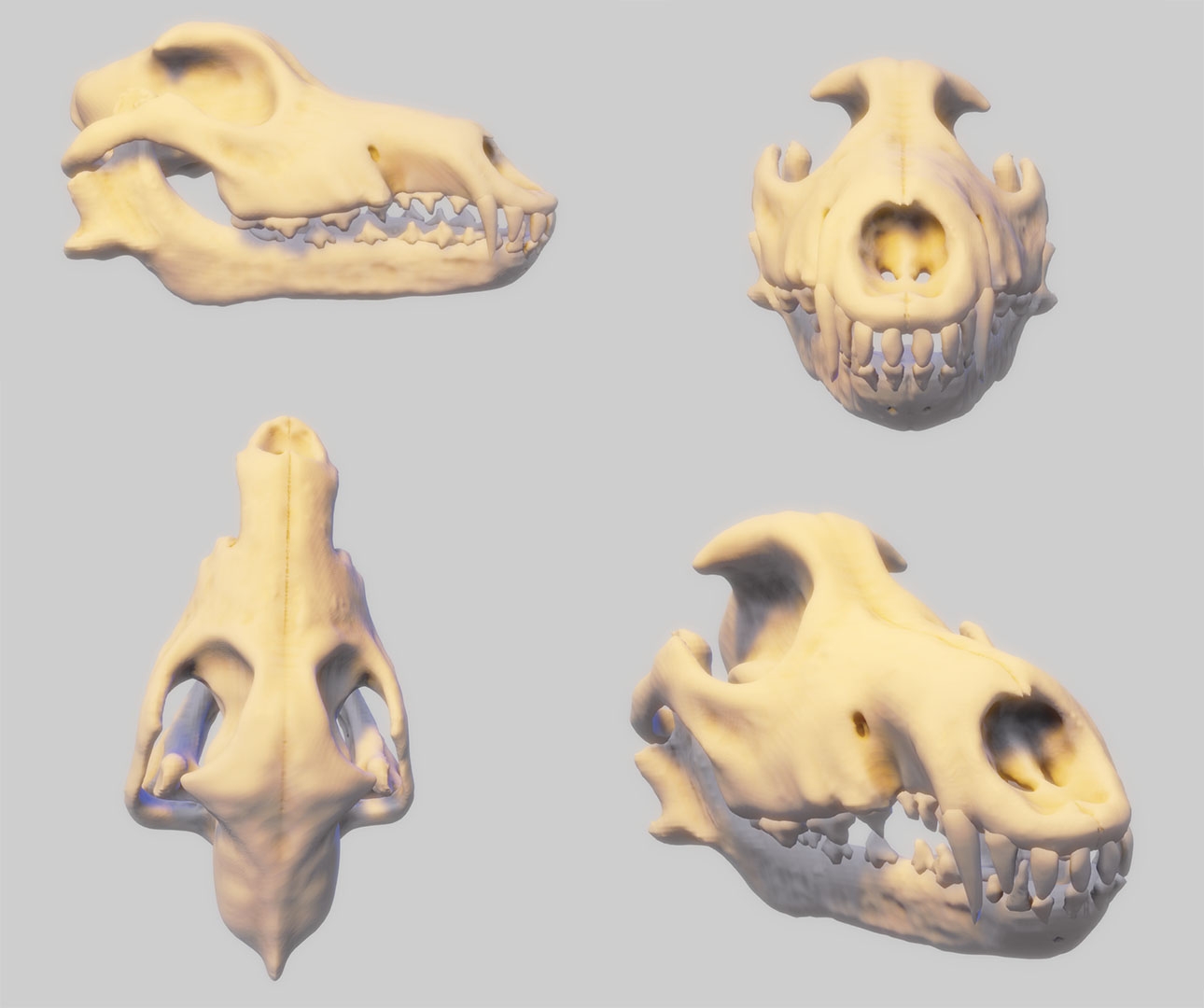