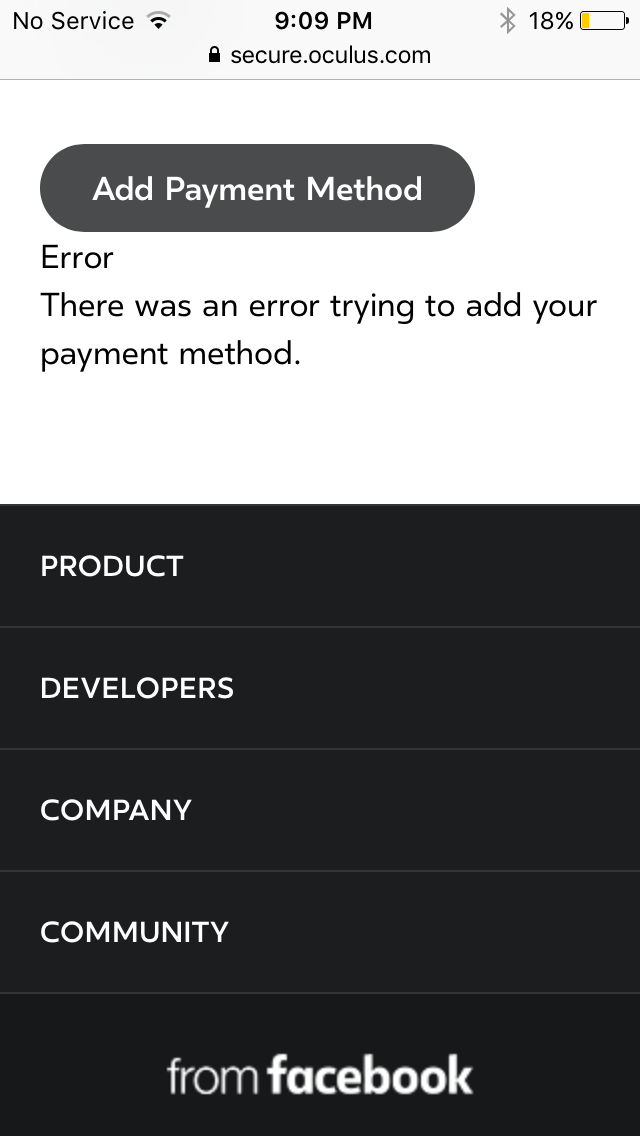 Ive been trying to add a payment method but every. Time I add my info its says "There was an error trying to add your payment method" (I'm using debit) I've triple checked my info and its 100% correct. I've called the bank and they said everything is fine. Please someone help me out
Tagged:
1