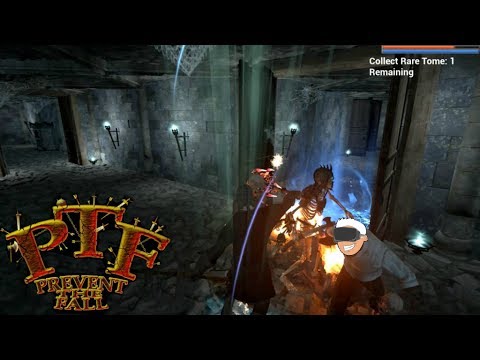 I have been looking for a descent RPG/Dungeon Crawler in VR for a while now and Prevent The Fall is exactly that! The game recently released on Steam and although it is still a little rough around some edges and needs an update to the control scheme, it is still great fun to play! I have to also give thanks to the developers for listening to the VR community and adding locomotion options to suit everyone's individual preferences. The atmosphere of the game combined with the nice ambient music tracks and intense gameplay make this really satisfying. The game can also be played in either a single player mode or can be played with friends in online or local multiplayer. Overall if you are also looking for a cool RPG / Dungeon crawler in VR you might want to give Prevent the Fall a look.
"I have seen the light at the end of the tunnel, and it is the headlamp of the oncoming virtual hype train!"
Tagged:
1