Home› Community› Samsung Gear VR
New to the forums? Click here to read the "How To" Guide. 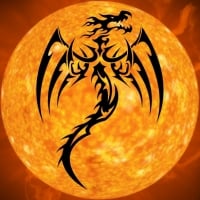 firagabird Posts: 168 Art3mis
July 2017 in Samsung Gear VR
When I'm in Gear VR, there are times where I would like to very quickly "take a peek" to see my surroundings before jumping right back into VR. The camera passthrough is a great feature for not having to remove the headset. The problem is it takes several seconds and several steps in order to get it. I find myself ignoring that feature in favor of just flipping the headset up, but then it's an issue of messing up the strap positioning as well as the headphones I wear.

I'd like to request a much faster way to toggle the passthrough camera by letting the user double click the Home button, sort of like a shortcut. That button is reserved by the system, and the double click isn't being used right now. If the user's using the VR controller, it would even be faster than bringing their hand up to the headset. I feel that adding the shortcut would add much more value to the passthrough, and many more people would use it.
S7 Exynos Nougat. 2017 Gear VR. Public test channel.
Tagged:
7