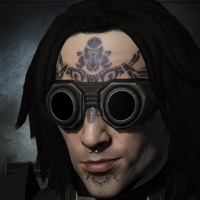 74Loki Posts: 31 Brain Burst
September 2017 in Support
So I figured I would check out how a 3d movie looks in rift. Bought a movie from Oculus Video and figured that I would be able to download it to my PC and then play it. Nope, stream only. Which, I mean come on, I bought the thing! Would have been nice to know that before I bought it, thanks oculus for the heads up there btw.
Anyway, I go ahead and hit the stream button, being left with no other option. "Getting ready to play your video", comes up on screen and that's it. After about 5 minutes I start thinking it's taking a while but I continue waiting patiently. I think maybe it just needs to load so much of a cache before it starts or something. After about 10 minutes I'm sick of waiting and take the headset off and cover the sensor so that maybe eventually the thing will start playing. I went back to reading a book for about an hour and it still says it. I've tried this a few times but to no avail. This just will not start playing the movie I bought!
Tagged:
0