Here's something different - I wanted a wallet holder that wasn't boring. So I designed the basic base in Fusion 360 in no time, but then I got to have fun making it be more organic using Medium - I've yet to print this version out!

I tried to work within the limits of a 3D Print - detail below 1mm is lost (so making detailed cracks and shading are counter productive), and X/Y Resolution is much higher than Z Axis. I also had to make sure the lettering was at an high enough angle to not need supports or they would collapse on themself from overhang.

The copy to mesh function, as well as the tool manipulator are amazing new features I'm going to grow to love in Medium since v1.3

I learned a bunch of things this time around:

Sculpting in this program is much more fun than anything else I've used still - It should be obvious that I try and incorporate this whereever I can in a workflow if I'm able to for work.

Alright, enough rambling for the moment here are photos: 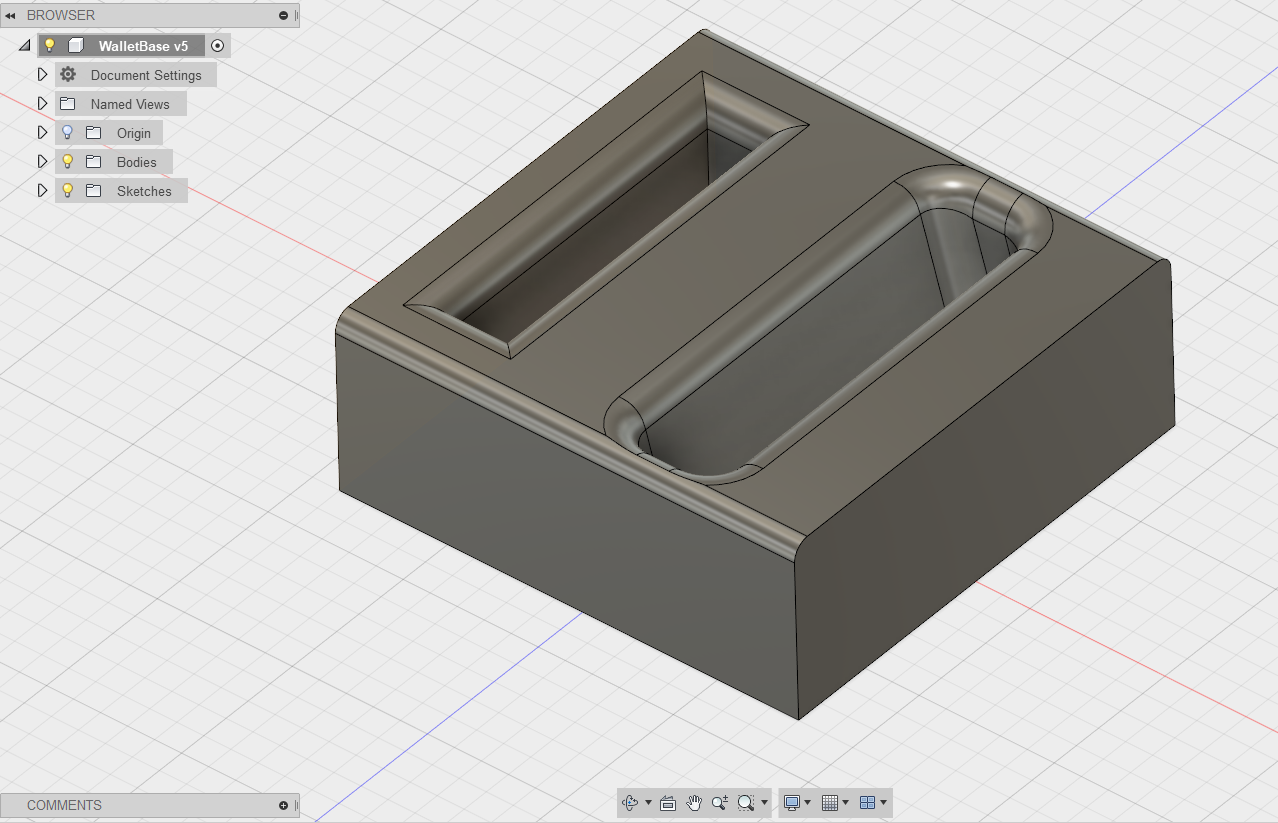 Object made in Fusion 360 - nothing special besides accurately measured cutouts for a wallet and badget, and a fillet shape that I wouldn't be able to make in Medium (fair enough too). 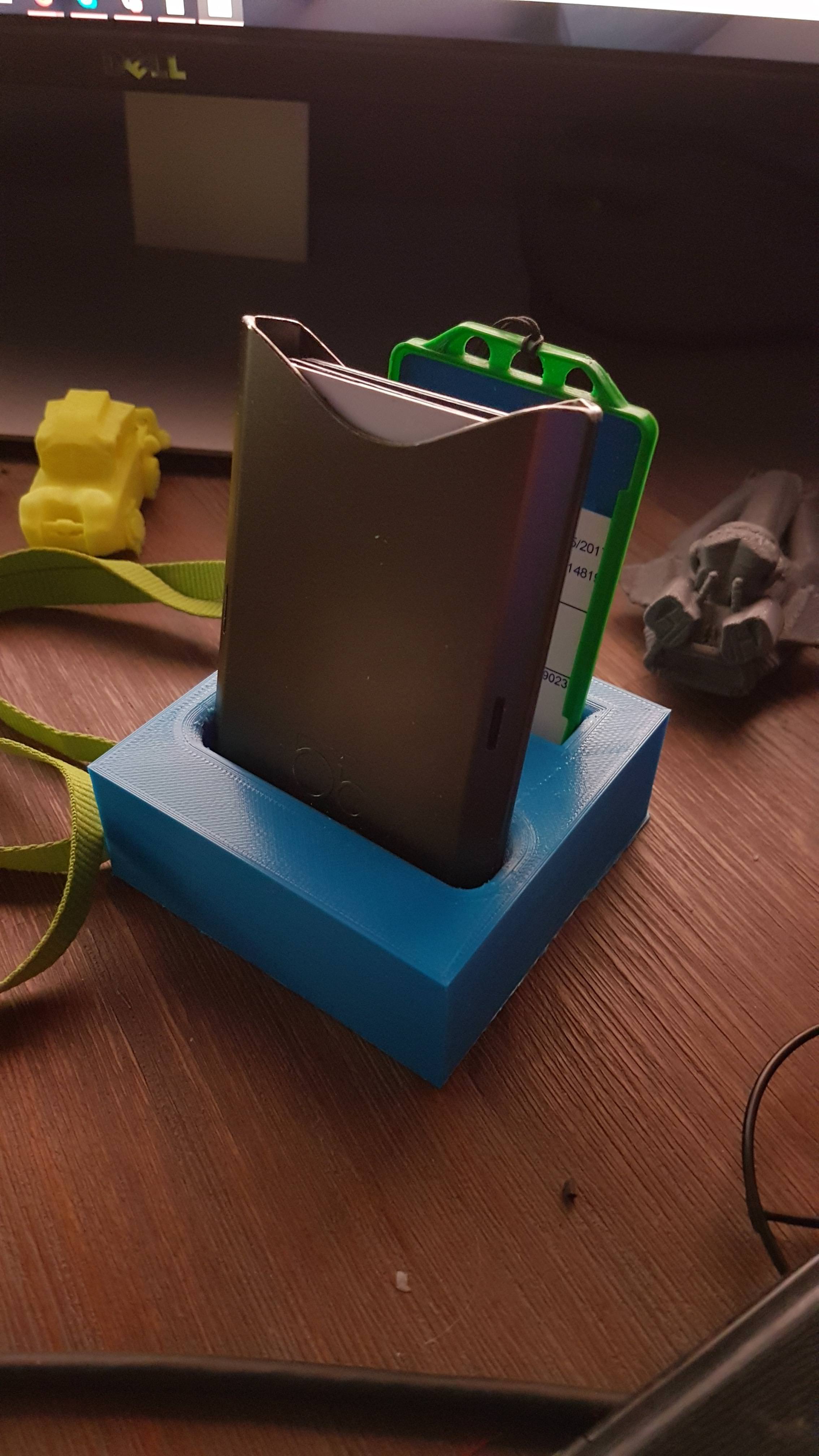 3D Printed basic version holds the goods fine.... but its just  a slab. 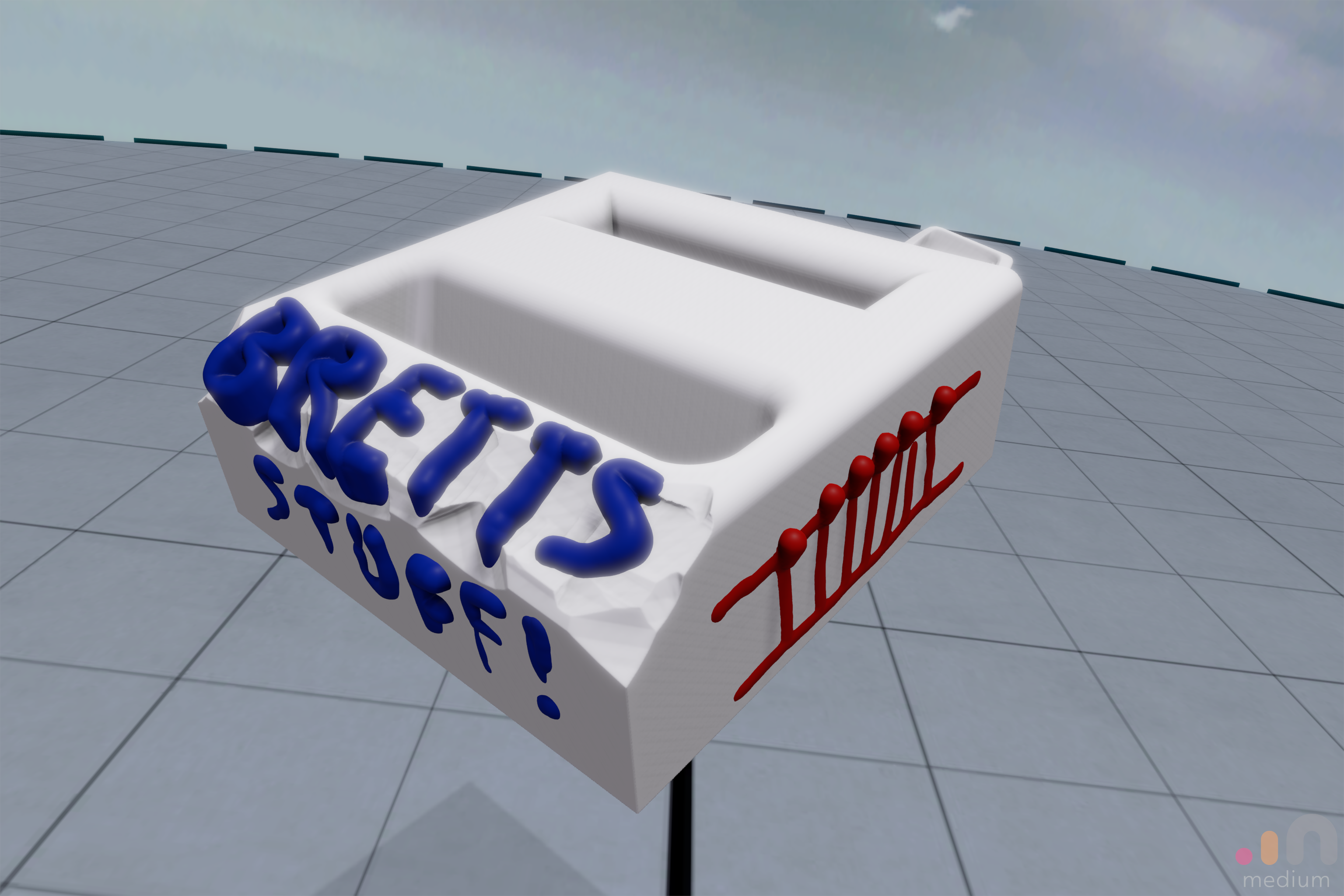 See how the text is blobby to allow it to print ok, and is at a sharp enough angle upward to not need supports.

Alternate angle shows the detail of the shape is preserved - this is importing a obj file as a reference mesh, then using "Copy to Clay".
Exported file was 640meg in full detail but whatever - as long as the base and sharp edges are preserved that's not a problem for me - and it ticked that box.

I ran into two problems with the mesh, both of them are fixable but are things I need to be careful of:

Size is inaccurate in this test: I'm not sure how I could fix this in medium, because the scaling isn't say 2x as big, it's 1.53x bigger which is an odd scaling. 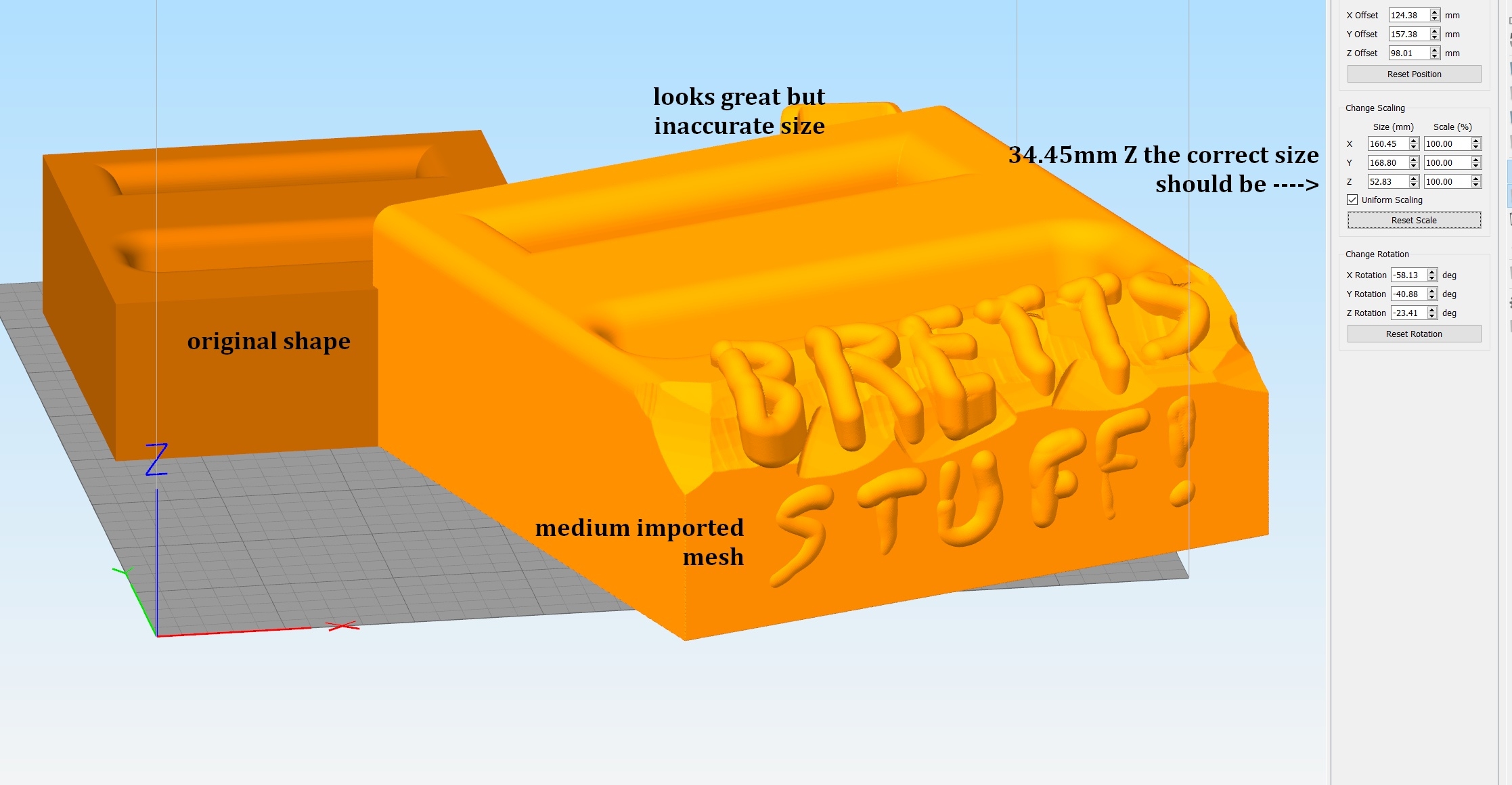