From Other Suns VR Multiplayer Preview With VRGaming Evolved and UKRifter 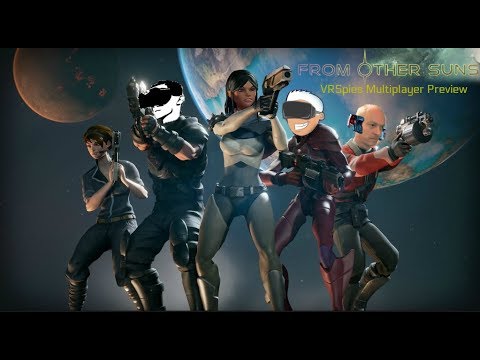 I had a great time checking out From Other Suns with my good friends and fellow VRSpies members VRGaming Evolved and UKRifter. Gunfire Games has done it again with yet another great VR title! The multiplayer gameplay was good and I can't wait to see those servers filling up after the official release. We did encounter a few issues while playing but keep in mind that what you see here is still technically a pre-release version of the game. With that said, I have no doubt that Gunfire Games will get these last minute bugs smashed in time for the games launch.

"I have seen the light at the end of the tunnel, and it is the headlamp of the oncoming virtual hype train!"
Tagged:
1