Why does my 1050 Ti Graphics Card run the game so slow? 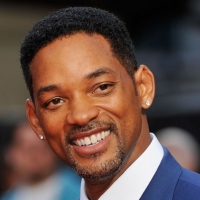 Corey2base Posts: 1 NerveGear
November 2017 in Support
My friend bought an Oculus Rift + Touch Controllers and he has a Desktop Computer with a 970 Graphics Card. Well, I tried it out and I decided to buy one and I did. Well, I hooked everything up and got into the tutorial and it was super laggy as if the FPS was like 5-10. So I did a ton of research and apparently, it should work? So just to give a reference if anyone wants to help, here are my specs: i7 Intel Core, GTX 1050 Ti Graphics Card (128-bit), 15.9GB RAM, I also have an ASUS GL553VE Gaming Laptop. If you have any more questions or solutions to help, please get back to me! And I'm not really sure how these forums work so here's my email as well: [email protected]
Tagged:
0