System Freezes and Other Issues Soon After 2.0 Dash Update 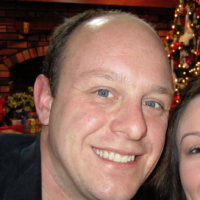 I run Windows 10 x64 which is fully patched and have a GX 970 with latest drivers.  As I have Public Beta updates enabled, I got the new 2.0 Dash / Oculus app in and loved it.  However, a couple of days later (about a couple of days ago), every time I launch Oculus; Windows freezes - mouse and all for about a minute.  After some time, I'm able to use the PC again, but only few a few seconds as it freezes again and keeps going back and forth until I reboot.  During this time, nothing ever appears in my HMD either.

I tried uninstalling Oculus (but leaving the config files) then downloading and reinstalling it again which was a pre-2.0 version.  When I launched it, I had the same error occur, though.  It eventually auto-updated itself back to 2.0, but the issue persists.  I did notice I was a version behind on GPU drivers after the issue occurred the first time so updated them, but no change.  I've also examined event logs for Windows in depth and haven't found anything that seems abnormal.  Finally, I stopped any unneeded service, closed out of any background apps, then tried launching but got the same results.

I captured the Oculus logs via the built-in EXE and can post if needed.  Any suggestions in case anyone has heard of similar before?  Thanks!
Tagged:
0