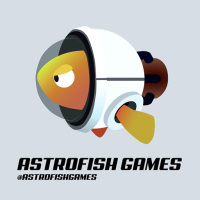 We've spent the past year or so experimenting and building a VR hoverbike shooter called Ground Runner: Trials in Unity. You use touch controllers to manipulate the hoverbike levers for locomotion/movement and physically pick up and shoot handheld weapons whilst in flight and running along the ground. We're a two man team and together we've worked across both AAA mobile and console over the years on games like Batman Arkham Knight, the Hungry Shark series, Disney's ATV game Pure, Unity for a while too.

We've spent a ton of time researching and working on getting the game to a point where it's as comfortable as we feel a game like this can be in VR. We've had some great feedback at events which has helped us to refine this and get it where it needs to be. We have built a system on top of Unity physics to keep all the motion consistent which we think helps the brain to build up a model of predicted motion a lot quicker, though that's for another discussion.

Right now it takes me an hour and a half to get through all the content, but I've spend hundreds of hours in this already as you can imagine, so it might be closer to 2 hours.

Eventually, though not necessarily within this iteration of the game - We'd like to add more bikes, cosmetics and functional upgrades, more environments, enemies and weapons and a proper meta game. We would like to really flesh out the story too. There is scope to chase down very large ships and fly in/out of them throughout structured missions, I think this is something we should explore soon. Any additions we add to Ground Runner: Trials will be included with future updates for free. Though we're exploring the idea of making larger stand alone games based around certain mechanics depending on what's popular with players.

Any help with spreading the word about the game would also be really awesome and appreciated!

If you would like to download and play the game for yourself, it is on the Oculus Home store. Here's a THE GAME: Oculus Home

Thanks for taking an interest!!