Vox Machinae Is The VR Mech Sim I Have Been Looking For! 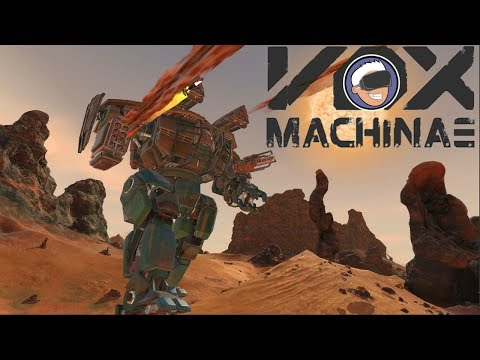 Just a bit of gameplay from the upcoming VR Mech Sim Vox Machinae. I was so happy to have been chosen for the closed play test for this game and since Space bullet was awesome and there was no NDA I can share it. I have to say that I have been waiting for more of Vox Machinae ever since playing the old demo from Oculus Share back in the DK2 days
The game is still pretty early but it already shows a level of polish that I don't see in a lot of VR games out there currently. The combat is satisfying and the feeling of piloting the Mech is awesome! The game currently uses motion controls for piloting the Mechs so it took a bit of getting used to after playing games like this with a HOTAS for many years. After you get used to it though, I have to say that it feels great to be actually controlling the Mech using the in cockpit systems! The graphics and sound still need a bit of tweaking but overall I was very happy with what I saw. If Space Bullet added a story based single player campaign that would be the icing on the cake but currently it is only online arena matches against players or bots.
Currently the game is in closed play testing but you can head to the link below to see if you can secure a spot and if you do I will see you on the battlefield!
Sign up for the closed play test here: http://www.voxmachinae.com/playtest.shtml
"I have seen the light at the end of the tunnel, and it is the headlamp of the oncoming virtual hype train!"
Tagged:
5