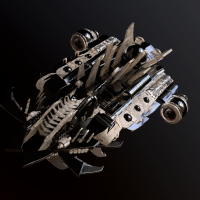 DreamShaper Posts: 728 3Jane
March 2018 edited March 2018 in Oculus Medium
After the last update, I finally found the controls to get gforce it to record (may have overlooked them previously, they aren't exactly easy to find).
Trying to get  capture to do what I want it to, seems to be a different matter.

The Record, instant replay, gallery, etc icons show up over the screen during the recording.  The icons and the recording seem to be locked to the primary monitor.  Moving the output to a different screen just happily records the icons over the desktop.  Changing the primary screen causes the recording icons to switch to and overlay that screen.   Using Instant replay puts the files in a different folder, so I'm guessing it is recording from the game, however the icons remain in those videos as well.

So basically unclear how to hide the icons and actually record without them showing up in the video.   Can someone explain how to do this?