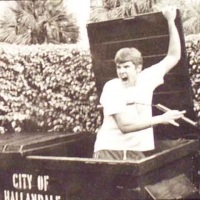 I have the innovator edition Gear VR (SM-R320), and I just got my old Note 4 replaced with a refurbished one running Android 60101. I plugged it into the headset, it started the setup, I pulled the phone off and installed all the VR apps, logged into the Oculus store, no problems.

To update take your phone out of the headset and open the Oculus App.

I unplug, start the app, updates are set to auto in the Oculus app settings, tried manually updating, said it was already updated. Still getting the same message. I reset the entire phone and tried again with the same results.

Reset the phone to factory settings twice now with the exact same result.

Downloaded and installed the com.samsung.android.app.vrsetupwizard_2.2.13-221301000_minAPI21(nodpi)_apkmirror.com.apk file from Samsung and had the exact same result.

There is a new version of the Oculus app, and it seems to fix the problem, if you open the app with your phone undocked it should find 4 updates.