Using Dash Keyboard inside other apps or games. 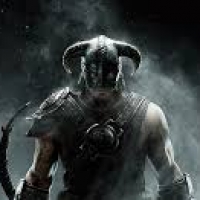 legolas141 Posts: 1 NerveGear
May 2018 in General
To be honest, I haven't had a lot of time to play around with the new oculus dash environment as I just updated to it yesterday.  This may be a stupid question and may even have been answered elsewhere but I have done a lot of searches with no results specific to my questions.

The main thing I want to know is this:  Is it possible to set up the Dash keyboard to be usable inside games or other apps instead of just the virtual desktop?  Ideally the keyboard would appear when I select a text input field in the game/app but I could also make it work even if the keyboard was always visible.

The situation that brought this up was that I was testing the Vivecraft mod for Java minecraft and the documentation states that it runs through SteamVR and that it should pull up a virtual keyboard when using the trigger to select a text box but that function isnt currently working.  Im not sure if that is because I am using a Rift and not a Vive, (even though Vivecraft has Rift support built in) but since I saw this issue in this game I wanted to find specific information in the event I run into the issue in other games or apps.

I know SteamVR has its own virtual keyboard API but I have been having similar issues finding any detailed information on how to make use of it on a game by game basis.  My first thought is that the Oculus software may be overriding some of the SteamVR features such as the virtual keyboard

Again, I'm sorry if this was already answered somewhere but I tried to find existing info on this specific problem but haven't been able to find anything helpful so far.

I am aware that in most cases I would be able to use the physical keyboard, (which I may resort to if necessary, or if I am doing extensive typing) but I was mainly interested in this for small text boxes such as character name entry or simple in game searches that only require a couple words to be typed in.

Any help at all is appreciated.
Tagged:
0