Will the performance ever improve for games on Go? 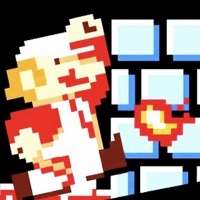 UBSERD Posts: 357 Nexus 6
May 2018 edited May 2018 in Oculus Go
I noticed that out of the 25 to 30 games I own 75% of them are not fully smooth.  This was the big reason why I bought Go because I always thought that it was my computers that were causing these problems with performance. Now that we are on an all included device I expected there to be no issues with performance at all.

Every game has some flicker or stutter that happens occasionally. I know that this is mobile VR but I feel that the performance should come before graphical textures being really high resolution and such. Don’t give me wrong I love some of these games still even with the kinks, but it would be fantastic to have a fully smooth experience even at the cost of some graphical fidelity. In VR immersion is king, and graphics are secondary.

I know some of this comes down to the developer updating the games but if these games are on the store they should really push these developers to make them run really smoothly on Go.

I am also wondering if this is just because this is just the first few oculus updates and they may figure out tricks like asynchronous space warp for mobile?
Tagged:
0