Valuable Player
May 2018 edited May 2018 in Games and Apps
I'm a bit late to the game with Mage's Tale. I beat it this week and enjoyed the experience enough to warrant a Review.
First off, I love the fact that this game so casually transitions from cute things like fairies and dancing Trow's... 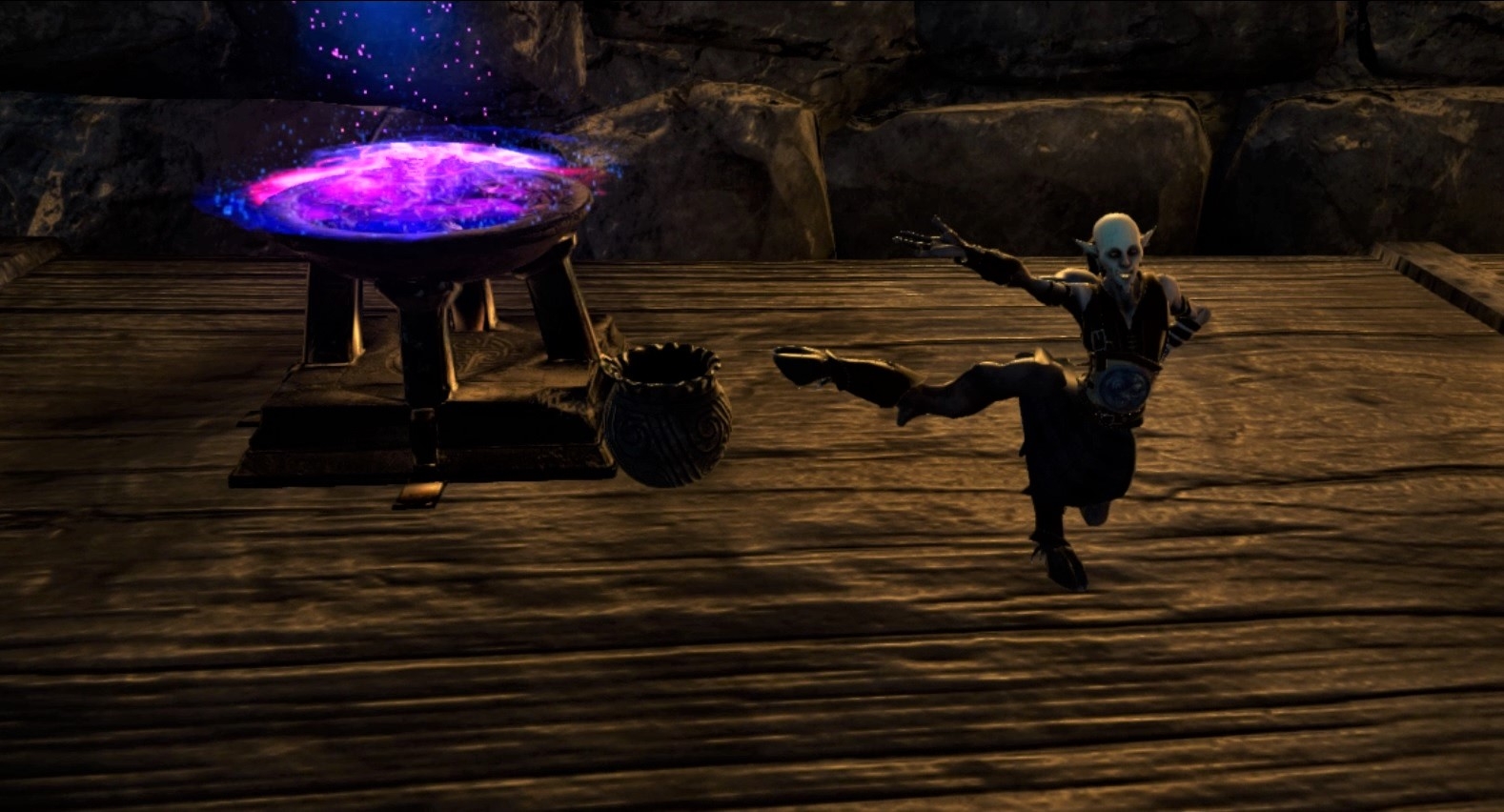 To straight up Lord Satan's house of pain... 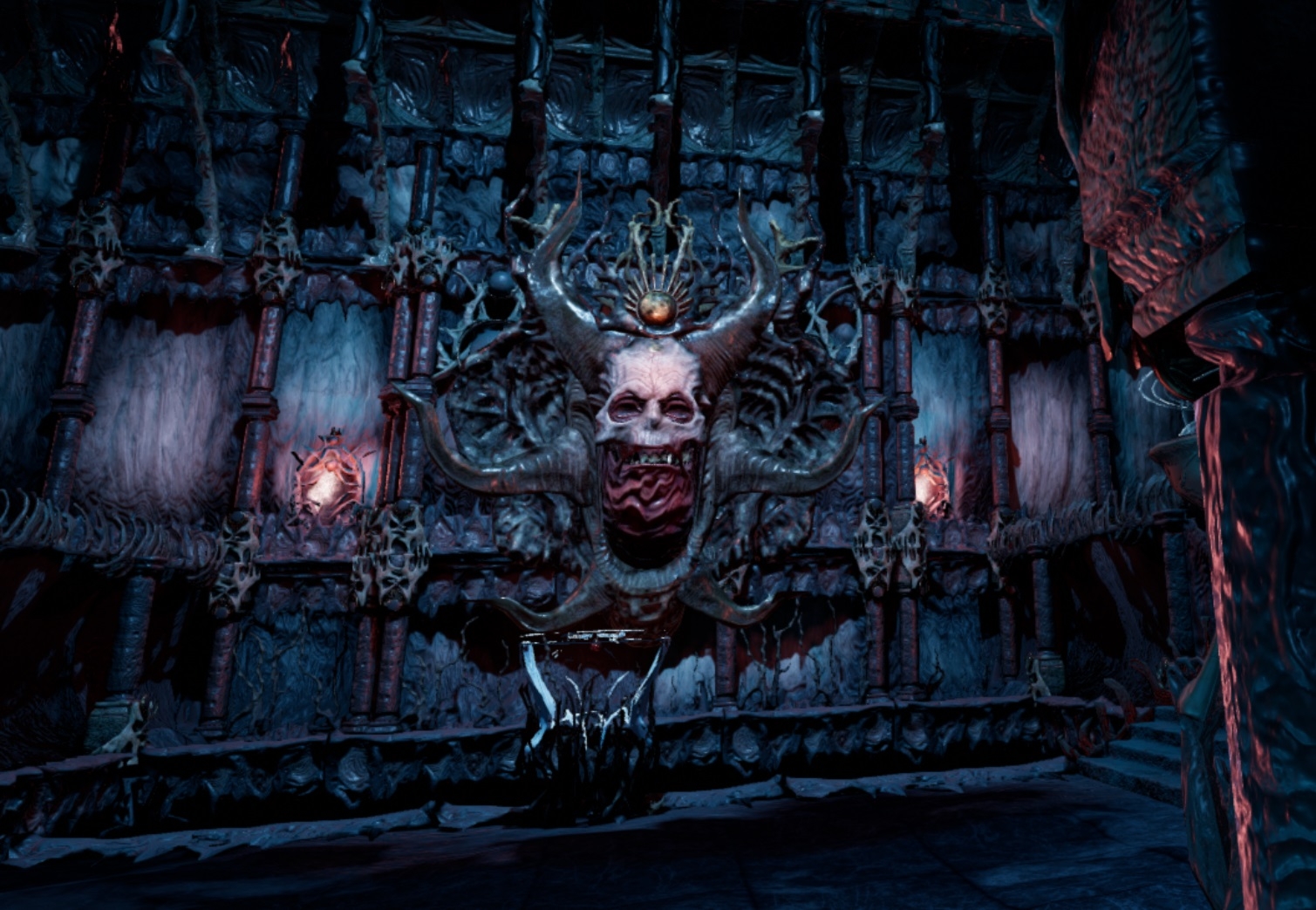 In some areas you can hear beautiful operatic singing, in others you hear howls of torture. Fantastic!
Storyline, combat, and controls are all very well done. Even though the game was made with Teleportation in mind, it supports full locomotion. However, there are specific types of interactions that simply work better with Teleportation. Not many, but few enough to where I would have liked to have seen a better implementation.
For example, walking through traps is very easy using the Teleport joystick. So instead of memorizing a pattern of swinging Hammers, you can just teleport through them and take minimal damage. That needs some work (but there's less than 5 of these encounters the entire game).
I love the Spells, but I was sad that the number of crafting combinations were so limiting. There is a Rack that carries great spellcraft abilities, such as being able to suspend enemies in the air helplessly. However, if you use that craft... then that is the only modification you can make to a Spell. I often faced choices like:
There's a lot of missed opportunities for what I feel would be some great spell combinations. I presume that the reason is because it would make battles a bit easier, but that could be remedied by increasing the health, damage, and speed of the enemies.
That being said, there were some really epic battles in the game. I personally enjoyed coming face-to-face with a giant Ogre: 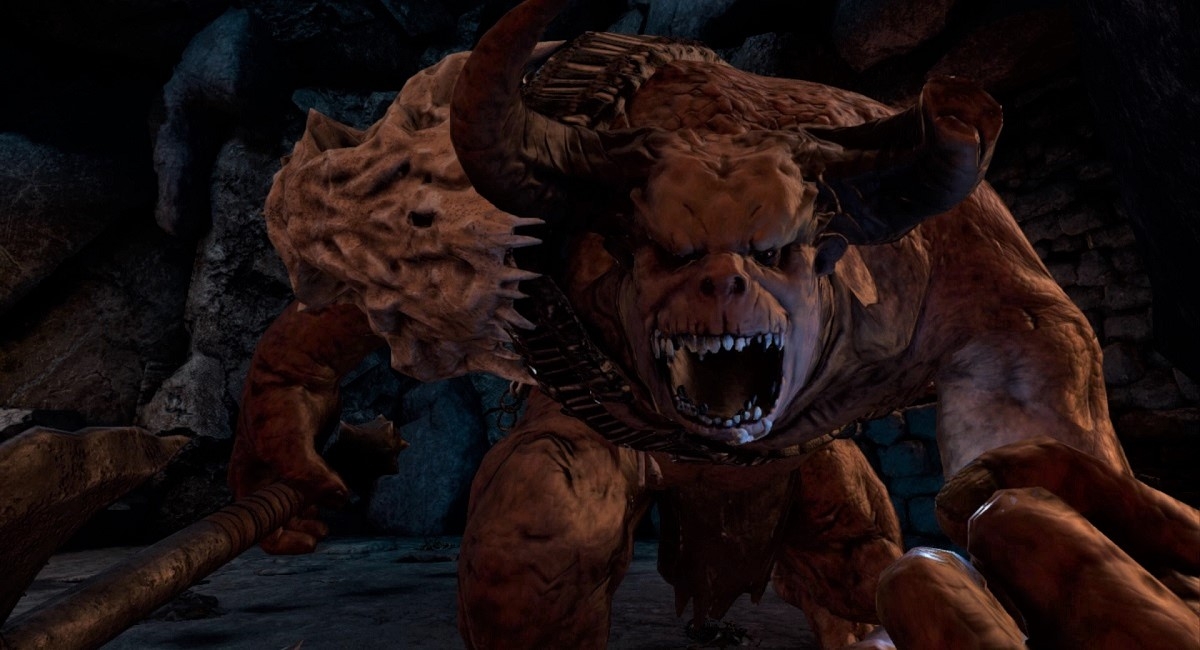 Another memorable battle takes place in a secret area where you perform an incantation on a corpse (you even get to wear a demon mask), and end up fighting an army of 99 enemies. At least that's what they were called; I didn't actually count them - but I felt like a damn Spartan from 300 by the end of the fight.
The puzzles and secrets are very well done, and easily my favorite part of the game (although I am biased towards puzzlers). They did seem to get easier more towards the end-game, as did the battles. My favorite room - as in most games that offer this type of thing - is the Space Room: 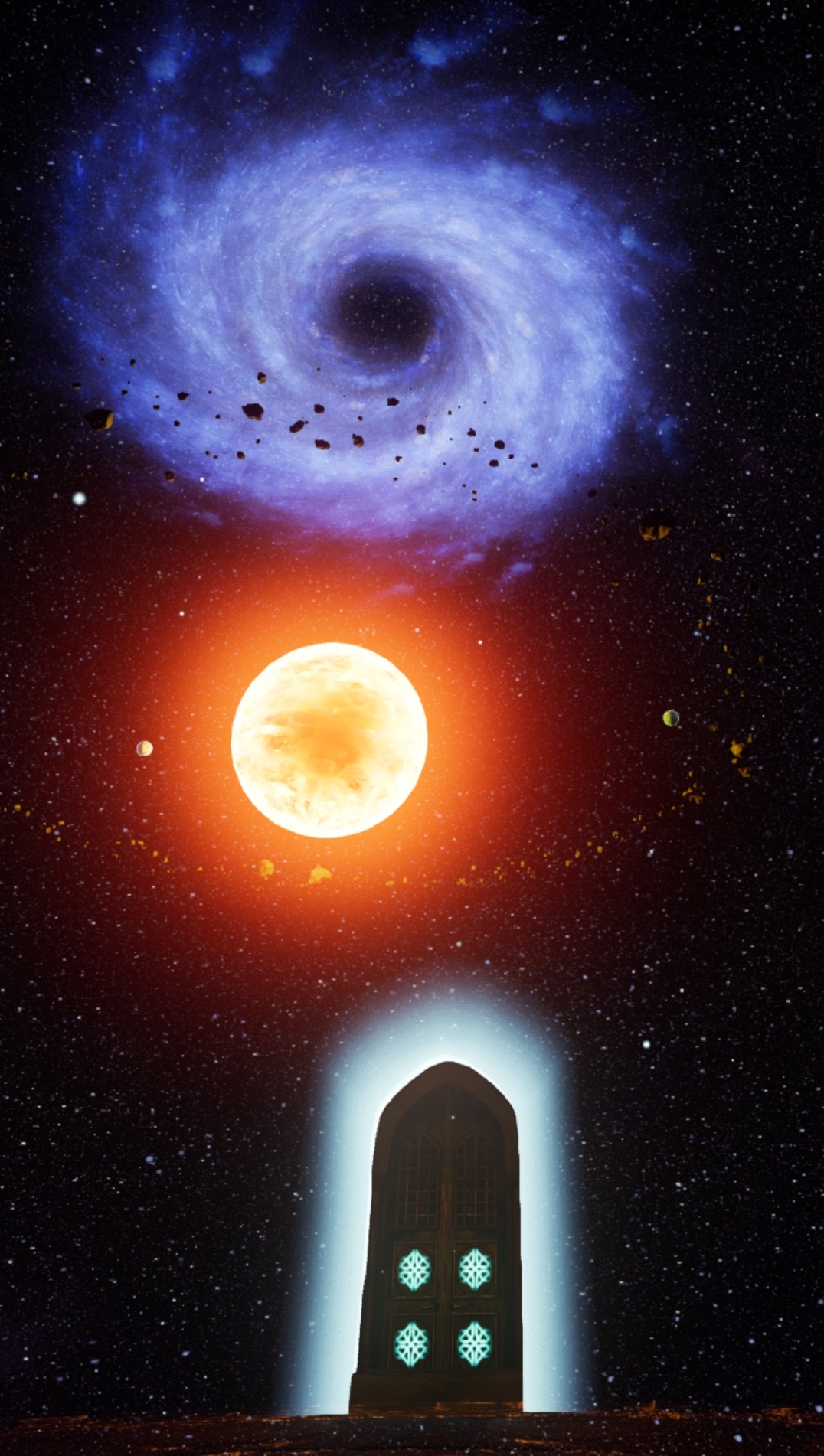 (click on the image to get the full view)
There are quite a few areas that are a unique and splendid visual treat. In fact there's one room that is just so badass that I didn't even bother taking a screenshot. Because a flat image doesn't do it justice. It's a room beyond that Space Room, and the Player is trying to save an ally from a cage while you appear to be inside a burning Star... as a giant demonic mouth is flying towards you both. I don't think I was breathing throughout that entire sequence.
This Space Room reminded me a lot of the main Space area in the game, Obduction. In fact, so did the "coffin" room. It isn't that visually appealing, but there's a  large room in Mage's Tale full of corpses that are all laid out similar to a corpse room in Obduction. 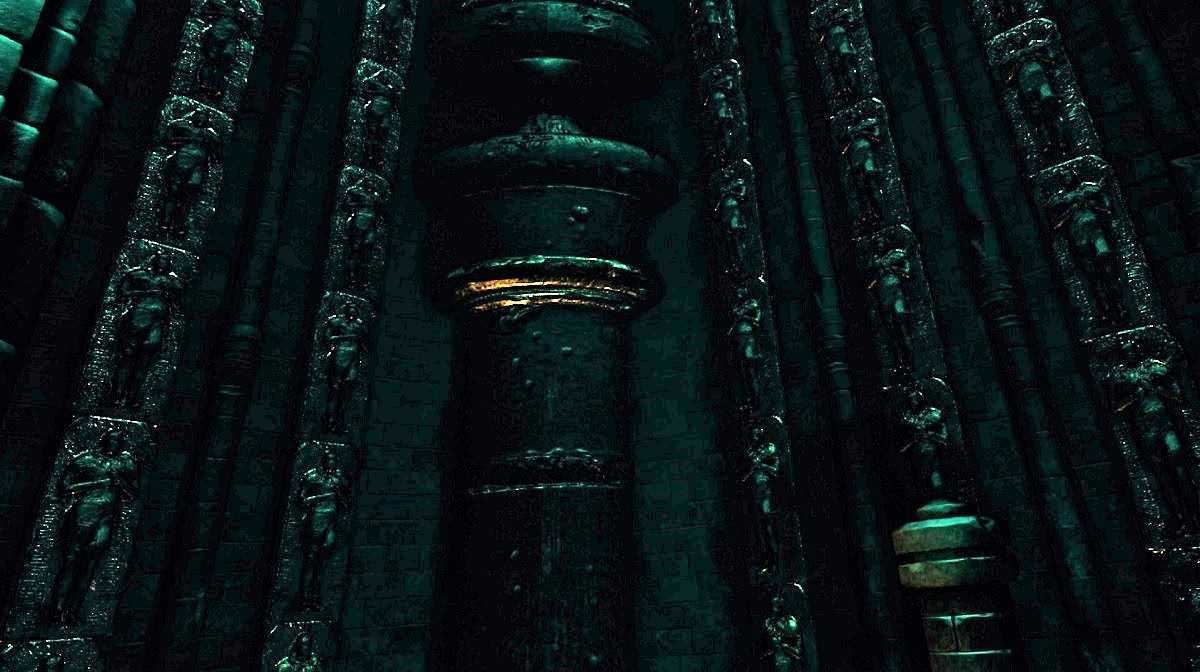 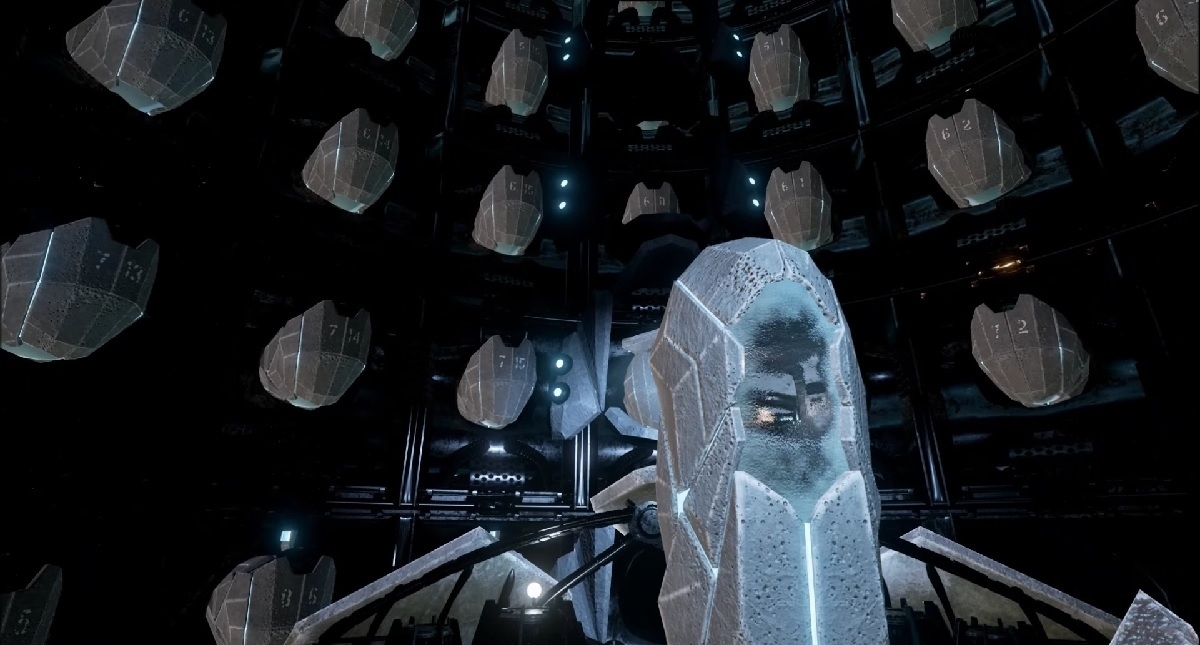 Overall, I would give Mage's Tale a 4 out of 5 rating, and highly recommended as a great VR-RPG-Combat-Puzzler. There's just so many great elements and nothing is overly easy. Normally when a game tries to be too many things at once (RPG and Combat and Puzzle Solving), there ends up being a sacrifice somewhere. But with Mage's Tale, I often lost certain battles repeatedly, and some puzzlers had me pulling my hair out. Role Playing the type of magician you want to be is also pretty badass. At one point I went full on "crowd control" with all my spells:

That was a mighty good time!
Are you a fan of the Myst games? Check out my Mod at http://www.mystrock.com/
Catch me on Twitter: twitter.com/zenbane
Tagged:
4