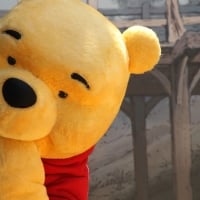 "[S]: Hang detected on Main Thread (2 seconds)"
My guess is Oculus Dash thinks the main thread is hung and kills itself as a means of recovery. In reality, the main thread has NOT hung and can continue operating, so if the crashes are indeed forced, they are unnecessary.
I found an old 1.23 log on Google that had multiple lines of "[S]: Hang detected on Main Thread (2 seconds)", so apparently in 1.23 Oculus Dash does not stop on that error? If it's possible to revert that behavior, that would make Oculus Dash desktop usable for me.
Do any Dash devs prowl this forum? As I mentioned, I can do a simple text file drag-and-drop to reproduce this crash every single time, so if any Dash dev wishes to investigate further with me, I would love to help.

I've opened a case with support on the Dash crashes before, but at the customer support level, I wasn't making a lot of progress, so again if any Dash dev with Dash code visibility can help, that would be great.
Tagged:
0