Is there any hope to see support for Full Body Tracking or even wireless in the near future? 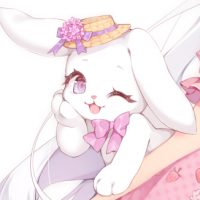 Little.Robot.Fairy Posts: 20 NerveGear
September 2018 in General
I got my Oculus Rift because it was the best deal at the moment. And because I was too late to the Kickstarter party for Oculus. By the time I heard about and was obsessed with the Oculus Rift, the Kickstarter was long over. And so it was a long, long wait ahead about reading articles about people having fun times in the development kit, doing things like playing recreated versions of Zelda 1 and ect.
When Vive was announced, I decided to wait for a Rift. But even after the Rift was released, I was really broke and had to wait. I put off upgrading my PC.
But after becoming obsessed with VRChat, I broke down and bought a gaming PC and Rift, even though I could barely afford it. And it was well worth it, though I had a few issues, the first day was the most amazing experience. And still amazing, even without the new wow factor of trying First Contact for the first time. (While lacking self expression that VRC does, First Contact is by far a much more impressive and polished product and a great introduction to the virtual world).
So compelling, in fact, I took apart my HP Pavillion Power I got on Black Friday for VR, and I worry I nearly broke it in the process trying to upgrade it. I still haven't gotten the internal wireless card to work again. And that I've bought upgrades for my computer.
I love VR so much and want even better performance that I'm now investing all the money I can afford right now into it.
I just went from upgrading from this PC, that I bought at Black Friday last year for VR.
https://smile.amazon.com/HP-Pavilion-580-023w-i5-7400-Graphics/dp/B077S27YLP/ref=sr_1_3?ie=UTF8&qid=1536413041&sr=8-3&keywords=HP+Pavillion+Power
To this PC.
https://smile.amazon.com/gp/product/B0768M95WY/ref=oh_aui_detailpage_o01_s00?ie=UTF8&psc=1
All because better VR performance and experience matters that much to me.
And yet, the more I look as possible upgrade options, the more it seems like my only path is to actually get a Vive. Wider tracking area? Vive Lighthouses. Better resolution and field of view, with lessened screendoor? Vive Pro, Samsung Odyssey, or Pimax. Full body tracking? I could try to find a way to make a Kinect work with my Rift. Or, I could go the easy solution and just buy a Vive.
I already have a Rift and have bought several things from the Oculus Store, though.
I want all this stuff because I'm still absolutely obsessed with and addicted to VRChat. And I'm so jealous of people who get better framerates in worlds. People having 90 fps when I struggle to get 30. People dancing with full body tracking. People being able to turn around all the time without worrying about tangled cords because they're tethered. Being able to visit people's worlds and them look less blurry.
I'm really limited on terms of options with Oculus Rift, though. I've heard that the wireless adapter for the Rift is a pain. And that full body tracking with Kinect is not very reliable and difficult to set up.
I'd rather keep going on the Oculus path, what I was originally invested in since it was first announced and I was hearing all these amazing stories from people with developer kits. Please tell me there's some hope for some plans to officially implement more features and hardware support soon? Especially full body tracking. I want that so bad.
You have no idea how much I want to dance in VRChat.
Also, I really hope we don't have to wait any later than 2020 for an Oculus Rift Consumer Version 2. Especially if there isn't any new PC hardware as a stop-gap in the meantime. Oculus Go and Santa Cruz sound nice and all, but I really just want a better VRChat experience. Which neither of those will do. I'd appreciate if something came out next year, but after 2020 I'll really start to be getting impatient and considering a Vive even more if nothing comes out for Oculus.
0