Is it still worth picking up a Rift or should i wait until Quest or Rift 2? 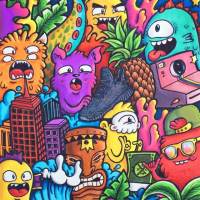 JustVertigo Posts: 7 NerveGear
October 2018 in Oculus Rift S and Rift
Hi, I'm really looking to get into the VR community and pick up my first system but I'm unsure which one to hold my money for. I have a perfectly optimized gaming pc which could handle VR very well. I'm not too sure whether I should get the Rift now, or wait for a quest or rift 2 as they are fairly far away. I am reluctant with the quest as I know it uses the same processor as phones do and the library of games will take time to build up, but I assume when Rift 2 gets announced at oc6, it will have some sort of untethered ability like the quest, but with more power of the PC. If anyone with good knowledge of these systems or have experienced the quest help me out?
Tagged:
0