Volunteer Moderator
December 2018 edited December 2018 in General
Seems that an idea I wrote on the proverbial napkin a few years back that posed the following question:

"I wonder if you could get AI to look at GTA V game footage, and then after being trained what it should look like in real life, could the AI apply reality, onto the 3d game engine"

Well, folks, NVIDIA researchers are on it, after training AI on roads, buildings, cars etc they have managed to make the AI generate "reality" on top of a rudimentary Unreal Engine environment. This is all early stages, but the possibilities are endless, and a true precursor to the matrix future.

Just think about it, in the future there won't be ray tracing, raster or any other "traditional" graphics engines, or cuda cores, there will be Neural Networks that generate images indistinguishable from reality running on Tensor cores, 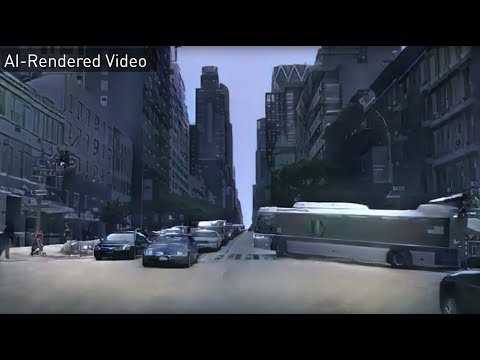