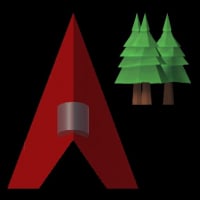 Oculus Start Member
December 2018 edited December 2018 in Support
After some time of mixed activities playing/removing headset/browsing in Home, this might happen the next time you put the headset on or after exiting a game. Note that the headset motion is fine, really smooth, so it is not a frame rate problem.
It happens in the gray grid world and continues when Home has started. If I start a game my hands move smooth inside the game, exit the game and back to this. Closing Oculus App and open it again fixes this bad state.
It seems hard to produce this state by frequent switching of activities, it takes usually a couple of hours including long time of inactivity.
Oculus Home v1.33.0.750915

Anyone else seeing this now and then? Is it a general bug that everyone is affected by?

Edit: It is only when the home-panel (with the buttons for Library, Store ...) is open that the hands movement is choppy. Always have the panel open, so I didn't notice this unlit now. Apparently this panel is called Dash?

In TaskManager OculusDash.exe normally takes 5% CPU and 5% GPU while showing the desktop window 750MB memory, but when this has happened the activity for both CPU and GPU has become ~30% and memory ~1200MB (sorry didn't take screenshot), still everything together is around 50% GPU/CPU but with another distribution of workload.
System: CPU i7 6700K, GPU 1080ti, Memory 32GB.

So there must be some leakage in OculusDash.exe that makes it take 600% more resources after a while... since a restart solves it.
Tagged:
0
Sign In or Register to comment.
Community Expand for more options.