Valuable Player
December 2018 edited March 2 in Games and Apps
Strange to see a Rift-only game unavailable in the Oculus Store, but available on Steam. (EDIT: The game now also works on other SteamVR supported hmds!) The game launched a few days ago and looks like a mix of Thumper, Rez Infinite and similar games. 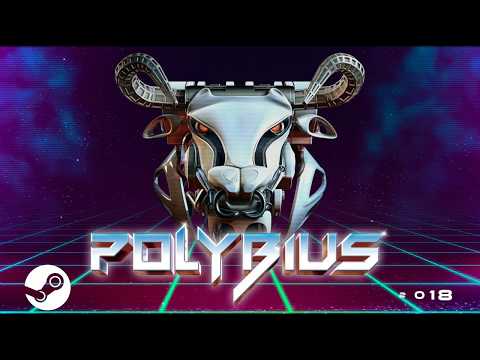 Polybius has gotten several great reviews - on the PS4:

“A mind-blowing, psychedelic experience like none other.”
100 – https://www.vrfocus.com/2017/05/review-polybius/
Conclusion: "Polybius is an excellent shooter that takes inspiration from the 80s arcade scene in the best of ways. It is a finely crafted experience that only benefits from being on the PlayStation VR. It can be an intense experience, however, and one best left to relatively short gameplay sessions lest the visual overload become too much. Owners of PlayStation VR should definitely look to add this to their library, as it is one of the best VR titles on the PlayStation at present. Jeff Minter and Llamasoft have got another winner."

“‘Polybius’ turns one of gaming’s biggest urban legends into a VR classic.”
90 – https://www.washingtonpost.com/news/comic-riffs/wp/2017/07/12/polybius-turns-one-of-gamings-biggest-urban-legends-into-a-vr-classic/?utm_term=.242cbb436347
Conclusion: "The lavish masquerade of escapism often confuses one’s sense of how a game operates. For this reason, “Polybius” makes even more sense in virtual reality, when the compression of the flat screen can stretch into the distance, giving speedgates, enemies and obstacles a dimensional presence that one feels more than sees, something that becomes easier to respond to by instinct. If too many games today entangle the mind with ceaseless complications, proliferating differences with only superficial distinctions in outcome, “Polybius” provides the feeling of having one’s mind washed clean for a few moments, shaken free of clutter. Its biggest reward occurs in the moment when the headset is removed and the screen goes dark, a moment when it feels possible to see everything with what feels like new eyes."