Help with VR Settings for Elite Dangerous (via Oculus, not Steam) 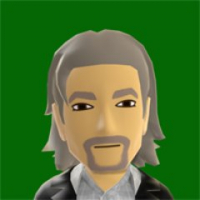 I have most settings in Elite Dangerous set to low or medium, but when running the Oculus Debug Tool I barely reach 45 FPS in the headset and when leaving a spaceport (regarded as a heavy performance area) my performance overhead drops to around -100% with significant numbers of dropped application frames, though few compositor frame drops. I've read that people with lower spec setups than mine can get 90FPS at high settings so I'm not sure why my performance is so bad. Changing the setting in ED makes little difference. I've tried Super Sampling at 1.0 and 1.5 and Antialiasing at SMAA and off with very little difference in performance. It's similar in other games too, not just ED. It would be understandable if my CPU or GPU were being taxed but both are only running at 30-50%, so there's not lack of resources available, it's just the Rift isn't utilising them to improve frame rate or dropped frames.

Any suggestions would be appreciated.