Why is Rift S incompatible with laptops with TB3/USB-C passing through on-board Intel GPU? 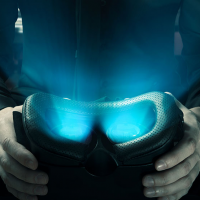 Oculus Start Member
May 2019 in Oculus Rift S and Rift
After spending some time with Dell support and getting bumped up a few tiers, I got an customer service rep to explain to me that when a laptop has USB-C and HDMI output usually one of those ports is hard wired to the NVidia GPU and the other passes through the Intel GPU. Vendors have to decide to hard ware HDMI or USB-C. But in even on pass through scenario the Nvidia GTX is still handling all the rendering for both ports.
If that last statement is true I don't understand why the Intel GPU pass through for TB3/USB-C is a show stopper for Rift S. Dell confirmed the USB-C/TB3 port should have even more bandwidth than my HDMI 2 port and with DisplayPort adapter TB3 should convert to DisplayPort 1.2 just fine. I'd like to understand the technical limitations and if we will ever see support for TB3\USB-C by way of DisplayPort adapter on laptops with a pass through on-board GPU configuration.