Oculus Start Member
May 2019 in Showcase
Hi all

I started work on a Horror title called "Dont Move" for the rift, really enjoying where this one is going.
Basic Game play is puzzle solving. exploration, monster avoidance / killing while following a story line. 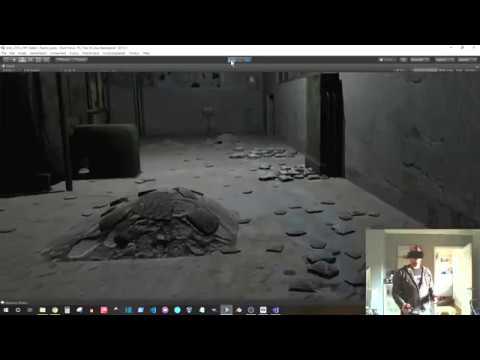 Player
All items are placed on the body you have to grab and place the items back when you need them. So limited to holding two items at a time.Legs, Hips, Head, Shoulders.

Enemies - React to movement. Your hands and heads rotation and movement is tracked. Above a certain threshold the enemies will see you, if you stay still enough they will stop looking and move on.

Adrenaline - You have a limited amount of adrenaline that refreshes over time if you have enough when a creature attacks you slow down time just long enough to stab and slice the creature, hopefully before it eats you. Guns- Shooting at the creatures, requires manual reloading by grabbing ammo from your body.