After About 10 Minutes of Use, My Screen in My Headset Goes Black. 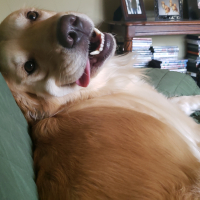 RavenousRaven27 Posts: 2 NerveGear
May 2019 in Support
I've been having troubles with my Rift S. After about 10 minutes of use, my screen in my headset goes black, the game freezes on my regular monitor, and the Oculus app can't detect the Rift S display port. And after it detects it again, the headset can't track the controllers, so I go to devise setup, but it says that the sensors on the headset aren't working. To fix this, I have to restart my PC, But then the same issue arises again, and again. I've been trying to fix it but nothing has worked. I've tried using different USB ports, different display ports, updating graphics drivers, updating windows, using the public test channel, but none of these had any effect on the problem. If anyone has fixed this before, please inform me.
Tagged:
0