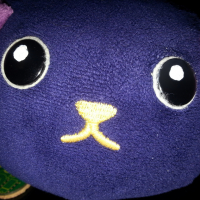 Rogod Posts: 1 NerveGear
June 2019 in Oculus Quest
I am very impressed with what the Oculus Quest can do. However upon receiving it I had problems with archery in game so I thought I'd see what others are talking about here and on other forums:
Seemingly everyone's moaning about inside-out tracking problems like this with the Rift S (which I've not tried yet) but I can't find anything even acknowledging the same problem on Oculus Quest (almost as if it doesn't have this issue - one person even felt that the fact that no one is complaining about it on Oculus Quest indicates it's doing inside-out tracking better than Rift S which I find hard to believe with one less camera).

I would just like to make the knowledge available to anyone browsing forums etc. that when pulling your hand beside/behind your head in an attempt to aim an arrow from a bow this will likely cause the controller to stop tracking and you'll end up aiming with your less-dominant hand or trying to re-adjust your dominant hand forward in an attempt to re-gain tracking. (I even shot my friend in the back the first time this happened because I didn't realise it wasn't aiming where I knew it should have been had I been on the Rift CV1.) - Also don't rely on motion sensing to solve this problem; from what I could tell, the controller would just freeze in place whenever it lost direct line of sight.

I should also point out here the same problem can occur in games like Beat Saber when you try to hit a block at the last minute as it flies past you.

Other than this, no complaints really - I just switched to crossbows and everything was fine, but thought folks should at least know.