Quest stuck on Power Off screen 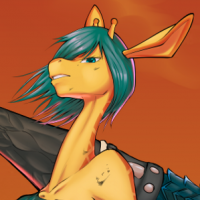 Juhraf Posts: 2 NerveGear
June 2019 in Oculus Quest 2 and Quest
I've had my Quest for about a week and today it went belly up on me. I was in the middle of a game when it said something about how it lost tracking, I didn't quite remember it all as within a few seconds the screen went off on me. Then when I removed the headset and put it back on it was on that Power Off screen with the message about if the controller is not working use the volume button. Well my controllers are not doing anything (they are not dead, they were at 70% power when I started and was on the Quest for less then an hour when this happened.) But also the volume button isn't doing anything on that screen either to select one of the options. And finally, holding down the power button to force a reboot/restart isn't working either, it just turns the screen off, and then when I push it again it just pops back into the Power Off screen. The Quest only has two thinks to click on for the headset so I really don't know what else I can do now since already tried both. Please help if anyone knows how to fix this or something I can do.