cesar3dartist Posts: 8 NerveGear
July 2019 in Oculus Quest
I have been facing a lot of errors when building for the Oculus Quest from Unreal Engine. Unreal Engine calls android.bat when building the Oculus Quest project, and fails every single time. I already tried Data Build: "on the fly" and "by the book". Prior to this error, Unreal Engine was trying to build with android-28 and I didn't have it. So I downloaded Android Studio, and within it, I downloaded the latest. I opened the Android project and set the SDK to 28. Yet, here is where I get stuck: It is still showing target=android-19. I'm not sure if this is the problem, it shouldn't but here is the last trace of information I get from the Unreal Engine build text log.

Notice how it is calling the android.bat.

How do I get around this? I hear that the use of that bat file is deprecated. Why would UE4 be calling it then? Or maybe I'm doing something else wrong? Btw, I'm posting my Android project settings too. Some people on internet suggesting disabling "Enable Gradle instead of Ant" to solve Quest build problems, but I am still getting this error with or without such setting. 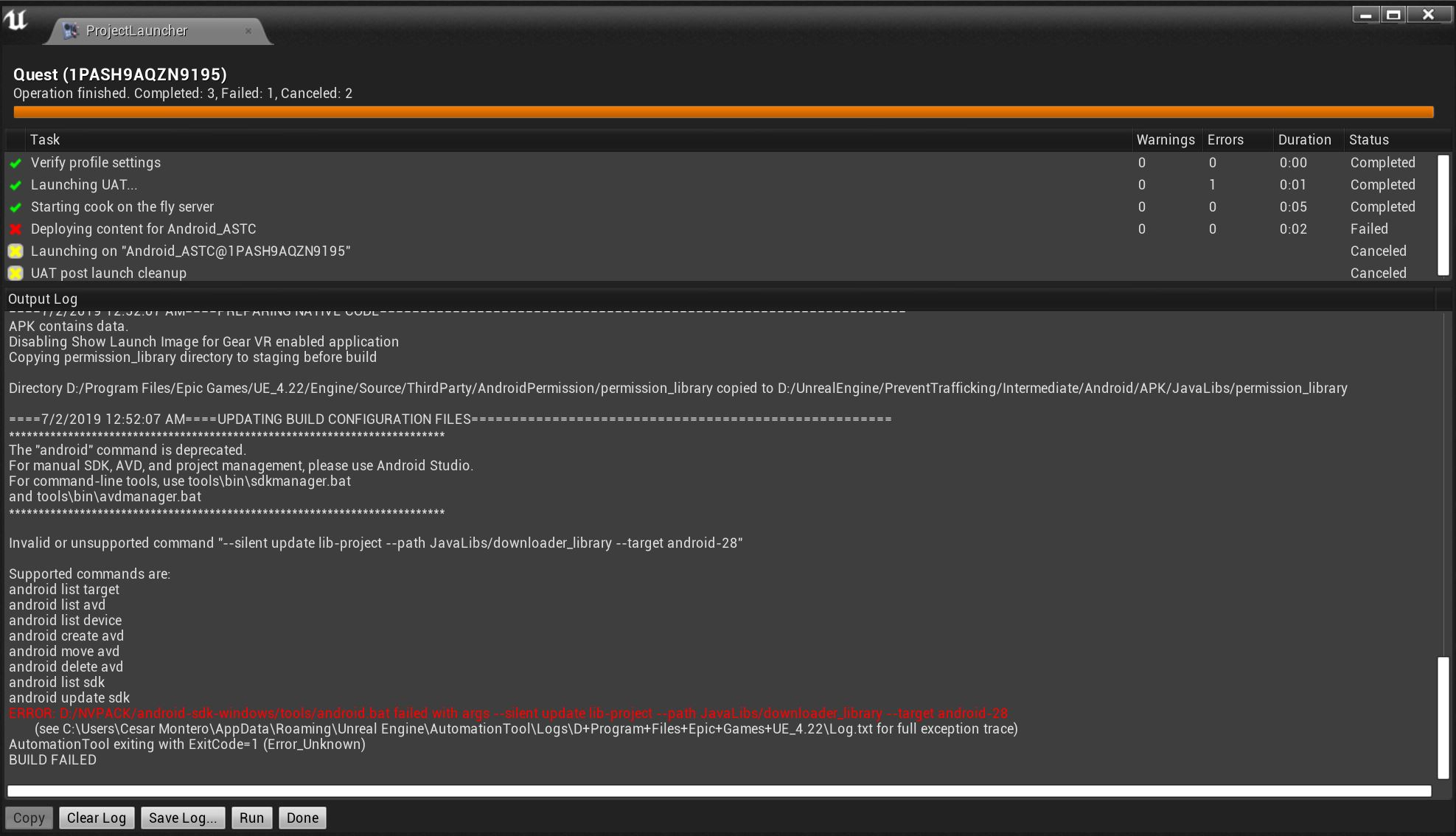 This confuses me. I was able to donwload the Android API 28, and set it to 28 as requested by the Unreal Engine project. Yet, when I come into the Android Studio project, it still marks: target=android-19. I am not sure if that discrepancy is creating the problem. 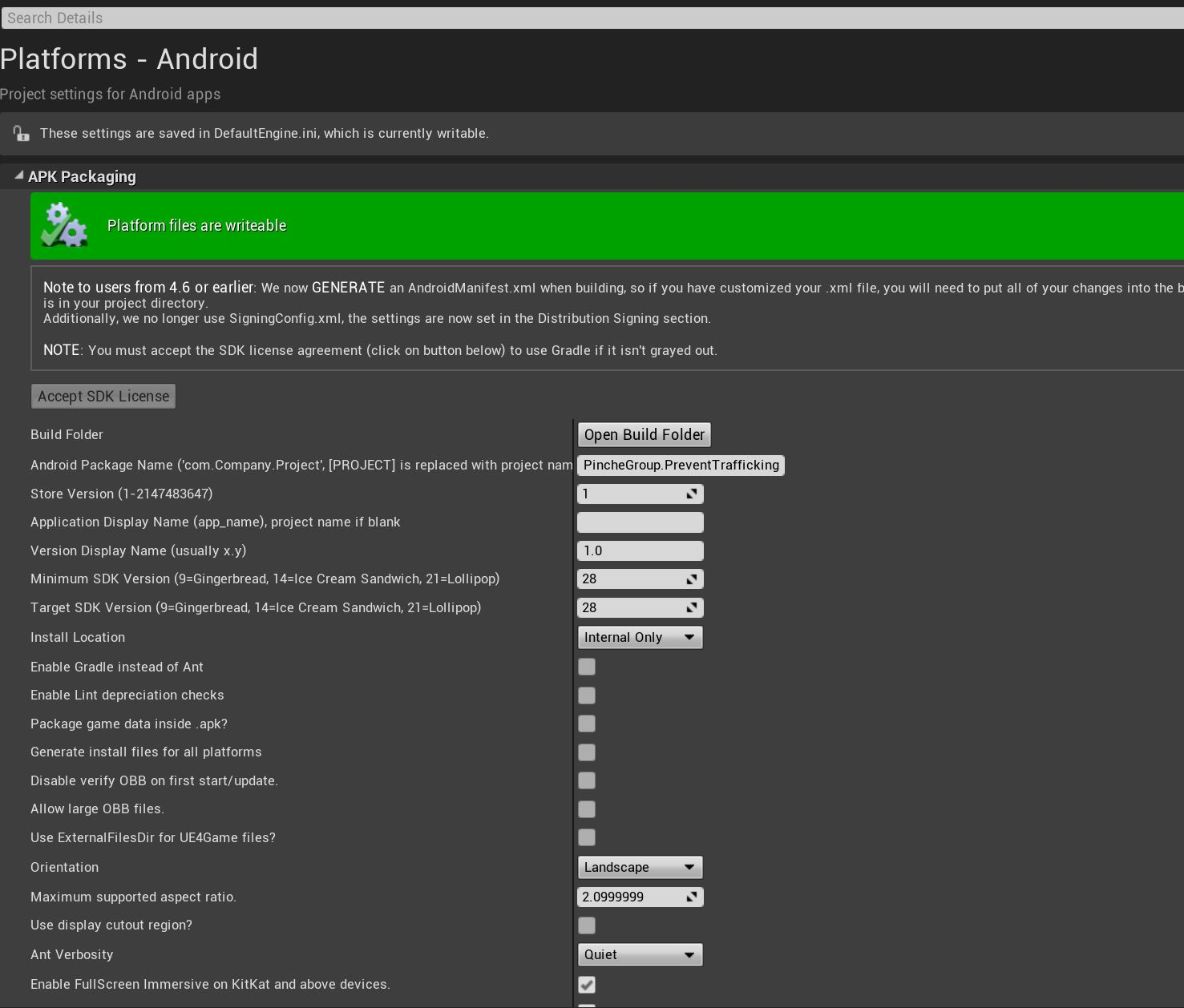