Spuzzum Posts: 843 3Jane
July 2019 in Oculus Quest
I was just in the playstore, trying to see what version of Android was needed for the app, as I'm thinking of getting a tablet to stream to. But as I'm reading the page, I clicked the 'this app is compatible with some of your devices', and it lists 2 of my phones...a Galaxy GS3 that's too old, and a Galaxy J3 that I had to buy just to get my Oculus Go working a few months ago. But now it's also saying it's compatible with my Raspberry Pi...seriously? In a linux install, or an Android install? You can run Android on a Pi, but it's limited. But if I can run it on linux, then I could potentially stream to the Pi natively. 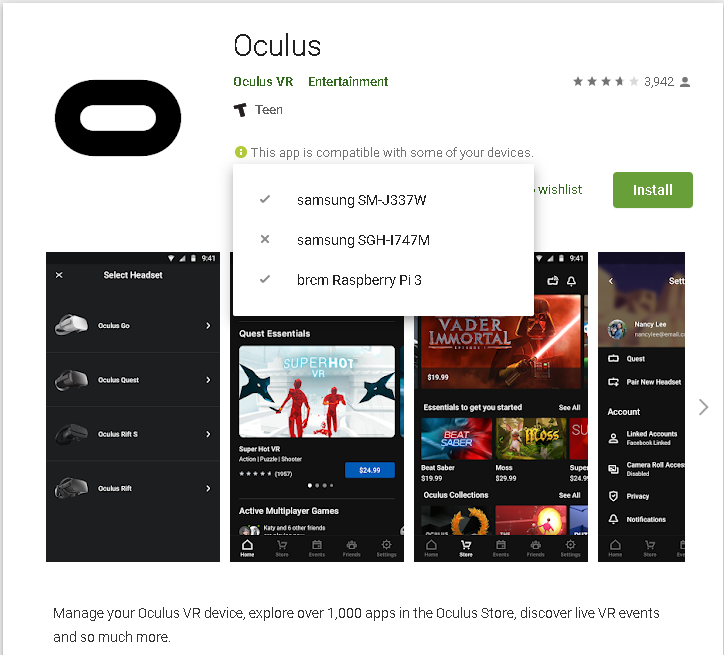