EchoOfHorror Posts: 2 NerveGear
August 2019 in Support
Hey all,
I'm trying to utilize my old oculus rift!  I can get it to work with steam and even get to the home area on oculus!  I also have the oculus touch and here is where I have a little problem.  It seems that the hdmi and one USB 3.0 are registering, specifically the ones plugging into the headset.  I have tried swapping cords, checked to make sure all my drivers are up to date on everything, and I know the headset works because it literally works.  I'm at my wits end on trying to get it to work and so does the headset just not register at all or am I missing something.

Additionally, I made sure to go into Nvidia Control Panel and guess what the monitor shows up but not the headset even when the headset is working. 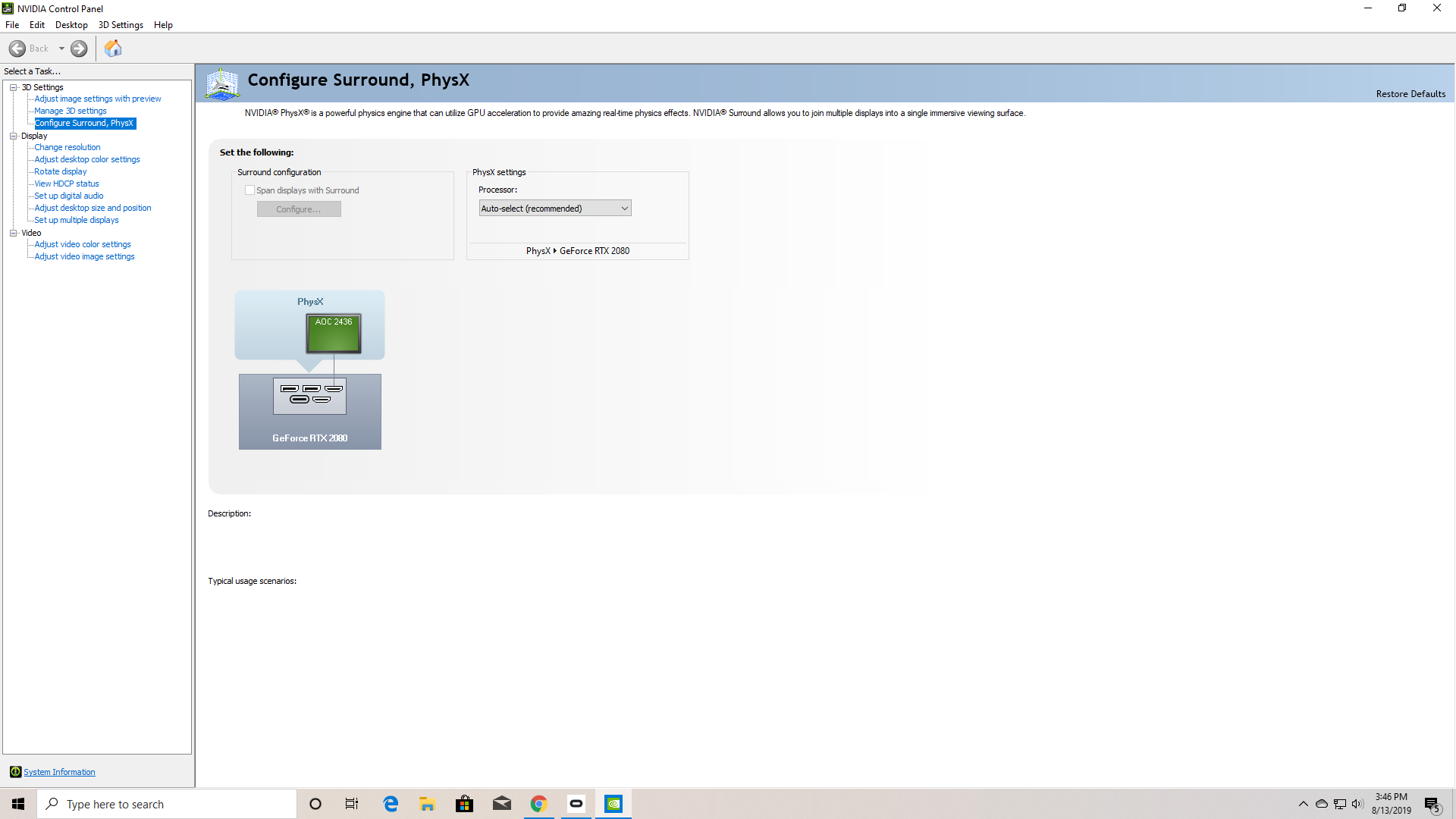