Playing No Mans Sky: Beyond In VR With The Oculus Rift S 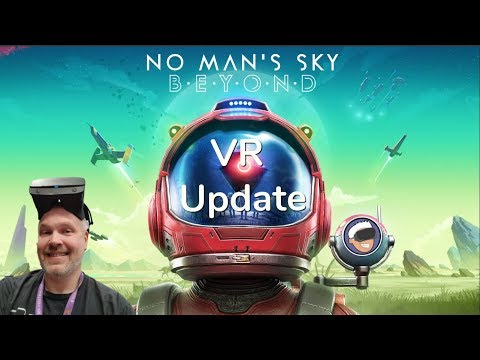 Hey hows it going y'all.... I'm back! I wanted to again thank Oculus so much for sending me out a Rift S and just in time for the No Mans Sky: Beyond VR update! I have really been missing being in the Oculus ecosystem since my OG Launch Rift broke several months ago! So for thew first video back in my new Rift S I thought NMS would be a great game to start with!

From the very first time I heard about No Mans Sky all I could think of was just how cool it would be in VR. I had already been playing Elite Dangerous for a while and at the time of NMS initial launch we were still not even landing our ships on planets in Elite, so obviously I was intrigued. Well the game launched with massive issues and there was no VR support so I shrugged it off and moved on. When I heard that NMS was finally going to get the VR it deserved I bought the game immediately and after a slightly disappointing launch and having to wait for a few updates to help with poor performance, I am happy to say I am finally up and running in the No Mans Sky Beyond VR release! Overall the game is great and I see so much potential here... In this video I barely scratch the surface of all this game has to offer! Today I focus on getting my starter ship repaired and off the ground to finally get into space to start my adventures in the game. In this first video I am using the Oculus Rift S but I plan on doing several more videos of this game that will be played in my other headsets as well. Expect to see some more gameplay footage of NMS in my Pimax 5K+, Samsung Odyssey + and I might even break out the old Vive just for fun! [;]-)


"I have seen the light at the end of the tunnel, and it is the headlamp of the oncoming virtual hype train!"
Tagged:
2