"Oculus Hardware Error" when trying to set up Rift CV1

Having a weird issue when trying to set up my launch Rift CV1. I moved my computer to another room recently, and when I tried to set up my Rift again in the new room, I was told my Oculus install had a problem and I'd need to repair it. So I did, opened the app again, tried to set up my headset and now I'm greeted with the following error after confirming that my headset + two sensors are plugged in: 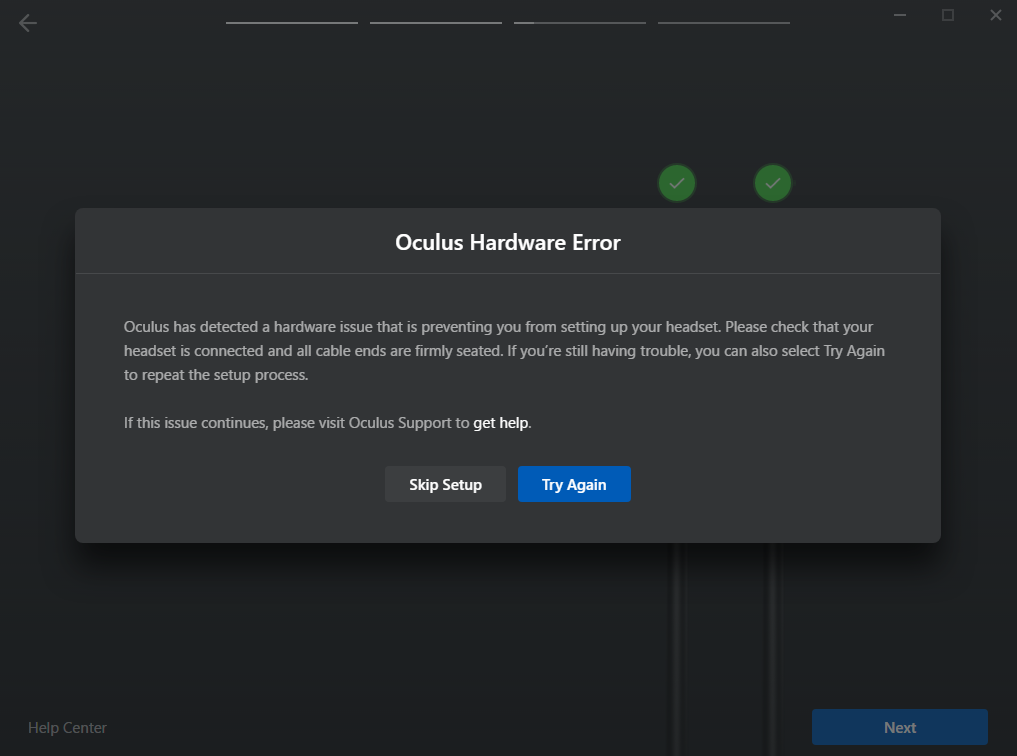 Everything was working fine before I moves the PC, but now I'm stuck here. The devices page shows everything green most of the time but intermittently it'll display an orange "General device problem" on the HMD (usually after attempting setup) before quickly changing back to green.

I can't get any picture on the Rift or start any games.

I've attached my logs, can anyone suggest any further troubleshooting steps? I've tried everything I can find online but nothing's worked. Thanks