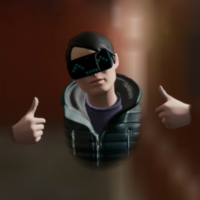 WeldonWen Posts: 6 NerveGear
August 2019 in Support
Oculus Rift CV1 with touch controllers and Oculus software version 1.40
Problem: Every time sensors detect any movement from one of the touch controllers, Oculus software will close itself then relaunch with a "Oculus Hardware Error" message that shows up for a few seconds.
Instances:
*When I move the touch controller while the headset display is on.
*During the "Set Your Boundaries" procedure, seconds after one controller comes in sight.
*(This is a unique one because a second problem layered on top) During "Initiate Sensor Tracking", despite having sensors in perfect positions and directions, the controllers won't get detected. When I hold the headset next to the controller however, sensors will detect, but then software will close and relaunch as described.
When did it happen: Discovered on August 23th when I was setting it up at new place.
What did you change: I had the setup moved to a new location, meanwhile Oculus software updated from 1.39.1 to 1.40 , other than that, no settings were touched.
Can't use my Rift at all because of this issue. What do you think is happening? Is it the update? or something else? Are there any fix or workaround? Thanks.
Tagged:
0