uzishan Posts: 3 NerveGear
September 2019 in Support
So for about a while now (2-3 months) i pretty much stopped using my oculus rift for anything else except ets2 and pj cars 2. The problem is as follows, randomly the controllers(especially) in games simply lag behind, remain in a fixed position or just "fly away" for a few seconds, a thing which is especially annoying when playing beat saber on high or expert difficulties. I tried using new batteries, placed each usb device on a different controller(my crosshair vi hero luckily offers me this possibility) thinking it might have some usb 3.0 limitation, disabled usb 3.0 selective suspend, placed my sensors on the ceiling, reinstalled even windows and I'm running out of ideas.
so my configuration is as follows:
Oculus Rift + 2 Sensors+ Oculus touch controllers
CPU: Ryzen 5 1600x @4.0Ghz 1.4125v
Motherboard: Asus Crosshair VI Hero
Memory: 2x 8gb Corsair Vengeance LPX 3000Mhz
GPU: ASUS ROG Strix GTX1080ti
SoundCard: Asus Strix soar
Storage: 1x Samsung EVO 860 250GB M.2 SSD, 1x Samsung EVO 850 500GB SSD sata3, 1x Samsung QVO 860 1TB SSD Sata.3
Peripherals:
Mouse: Logitech G502
KB: Logitech G910
Steering Wheel: Logitech G920
Headset: Logitech G633
So I pretty much listed any hw I have in case there is a known conflict with any of the parts and I missed it.
Also added Picture below of config. Ignore the messy cable management, it's a work in progress as I just cleaned everything around there and have to rearrange them(again) 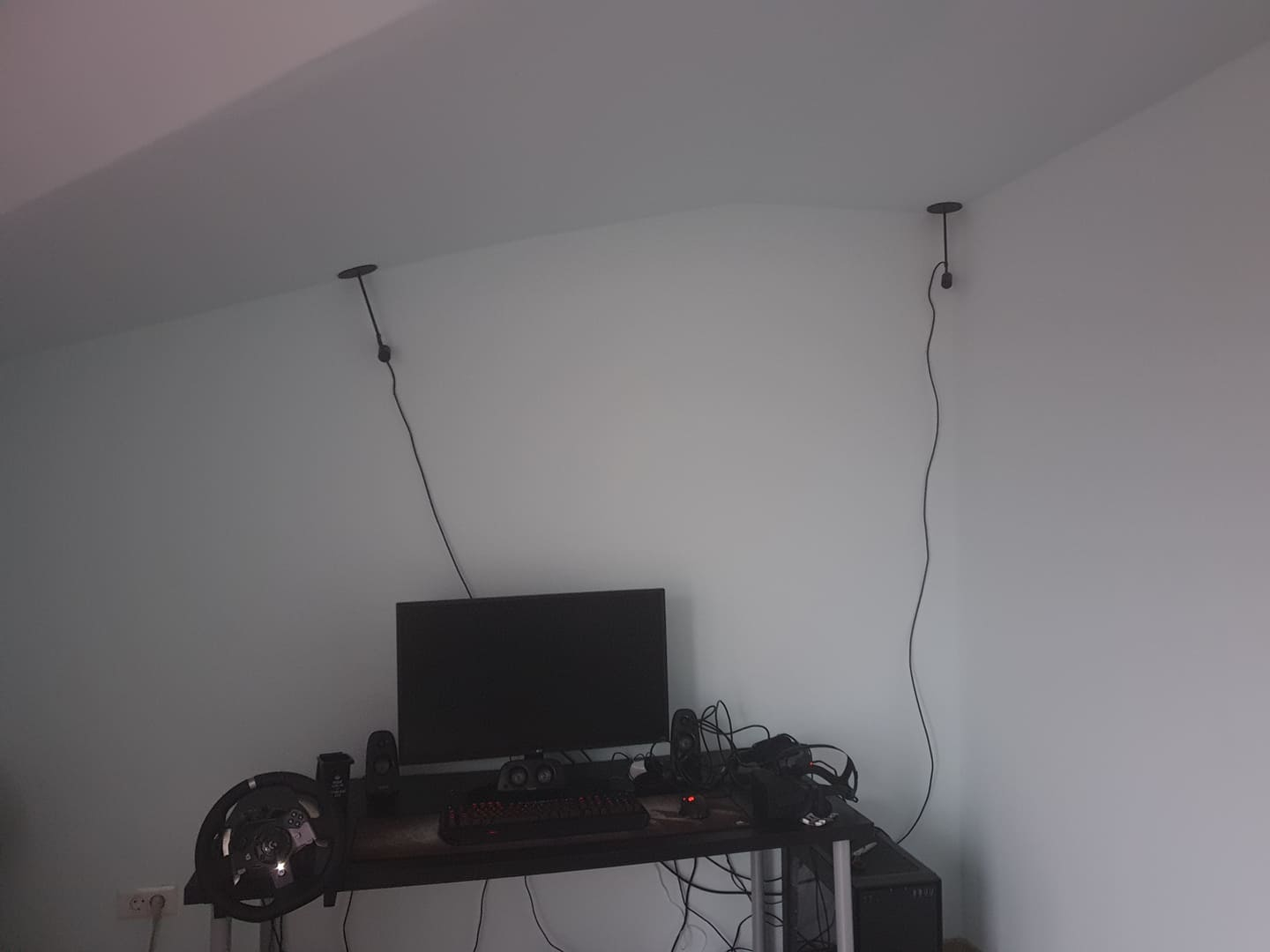