donkeyc0ck Posts: 6 NerveGear
September 2019 in General
You don't have to look far to find an annoyed community of new rift S owners. No real news of any upgrades or accessories for the rift S, plenty of people saying its dead because oculus are concentrating on the quest and its new link cable. Some people are even saying that the visuals are going to be better on the quest due to its higher res(even though i don't believe that myself). How can a 2019 headset be dead already? Is this really the truth? 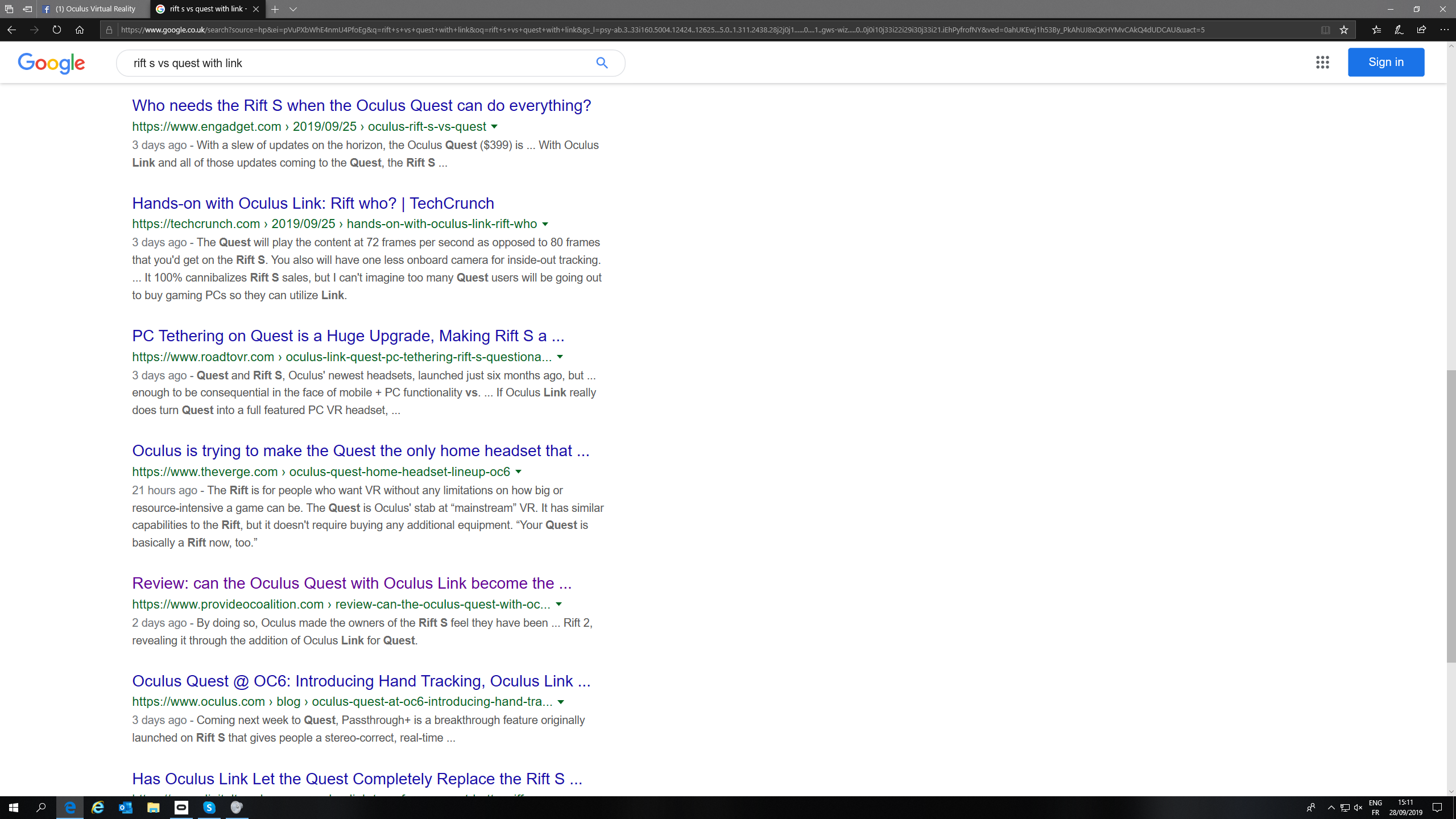