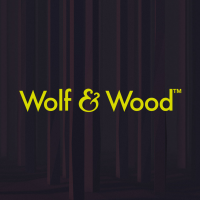 wolfandwood Posts: 1 NerveGear
October 2019 in Games and Apps
Hey, we're the Devs of Hotel R'n'R on Rift (along with some other titles), we're in Early Access but the patch notes do little to show the amount of work we're putting into the updates so I thought it would make sense to start a thread here about updates and the planned roadmap.

The new Vanity Items offer a range of health and performance upgrades that can be equipped in addition to the Rider items. A new “Vanity” slot is available and any of the following can be used to supplement your prefered rider setup. They also look cool.

A selection of pawned wedding rings, each tells a story that we don’t have time for. 25% increase in punch power and durability.

Wanna look like a badass-pirate-biker? You need a Skull Ring! Oh and all rider melee weapons take 30% more damage.

As seen on the catwalks of Paris and every good spaghetti western, the Bandoleer doubles any guns in your rider. Weapons affected: Antique pistol, Revolver and Shotgun.

Now available in Pawn to Die, the “Do not disturb” sign will stop the maid from attempting to enter the suite. You’re free to continue your rampage, she will simply see the homemade sign and turn back without trying the locks.

Enter the Antic-ide, an enhancer that grants you a magic sword and super-slow-mo time, anything the sword touches immediately breaks with a blast of 1970s kung-fu action. It’s OP but the price tag reflects that. We’ve halved the cost of the mind control enhancer, Mindylphen, to balance it out.

Is your soul filled with ravens and darkness, is your real name Brian? This could be the look for you.

We’re working on a big update called “Party Mode”, an arcade mode that will have “Setlist” groups of challenges which can be played in a group pass-and-play or solo with global leaderboards for each set.

Each Setlist will be a group of different challenges between different hotels, there will be timed or weapon specific challenges that don’t have the usual Maid, Manager and Security routine. The challenges will use a mixture of all weapons, enhancers and modifiers even if you don’t have them unlocked in World Tour and we plan to create a starter set so that it is quick and easy to get friends and family involved.