Quest Wireless Internet Security - How Safe Am I From Android Malware? 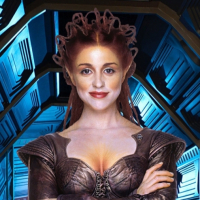 Trance.Gemini Posts: 9 Brain Burst
November 2019 in Oculus Quest 2 and Quest
Apologies if this has been discussed before, I did do a keyword search promise.

With wired VR headsets the laptop or PC, with installed anti-virus software, acts as filter to any nasties lurking through connecting to a router and the wider internet of opportunist hackers and rogue malware links. However, the Quest in wireless mode connects to a home router / wireless network, directly (only possible protection from network intrusion via mac address filtering); in this way Oculus Quest is potentially as much of a potential security risk as other Internet of Things devices.

Propagation of malicious Android code, whether installed accidentally with a side-loaded APK, or clicked web-browsed link is on the rise. This could lead to data theft, remote monopolising resources for cryptocurrency mining, shut-down of servives, or to go full Orwellian, injection of subliminal messaging into a user's video stream - which is why any sensible Android phone user who views the internet has an antivirus App installed.

As an Android device I consider Oculus Quest needs similar protection.  My question is how?

Can proprietory AV software Apps used for phones be used with the Quest?  Will it require its own dedicated AV solution and is this in development? Is there a best third party gateway solution (such as Bitedefender Box, where IoT devices connect to the BB rather than the router direct)? Other recommendations?

I know with all the VR hype internet security is a bit of a buzzkill topic, but as usual hope those that know more than I will be able to offer some suggestions.