Are there two versions of some games? Quest and Rift S 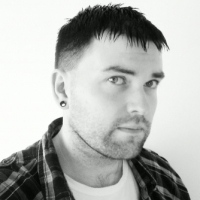 MattC2510 Posts: 27 Brain Burst
November 2019 in Games and Apps
Are there two version of some games?

I mean a Quest version and a Rift S version.

I'm watching a Vadar Immortal comparison on youtube and can see Rift S was sharper, but now the Quest Link is out would it be better to get the Rift S version.
If you own a Quest and decide id rather play it via the Link, would you go for the Rift S version?

I was looking at twitter and there was an article from the devs of Phantom Covert Ops.

“When it comes to visuals, however, we wanted to make the most out of each of the headsets’ unique strengths. We’re delighted with how the game is looking"

Does that mean there 2 versions, is it cross buy, if I decide id rather use my Quest linked to a PC would i better off getting the Rift S version?

maybe im getting a little confused