Which VR Headset should I get? 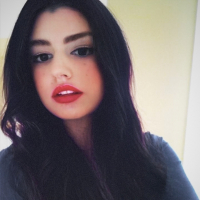 AshlynMcGee Posts: 2 NerveGear
December 2019 in General
So back then, I didn't know that my Gear VR wouldn't be compatible with iPhones. I no longer have any Samsung phone to use my Gear VR with. It's about time for an upgrade anyway, but which one should I use? I'm not really a gamer girl and when I do play games, I don't go too crazy with any sort of games. I'm more the type of person who just wants to escape. I mainly used my Gear to watch the videos I had on my phone and movies. Also, I'm not sure if what I used was a part of the Gear or if it's an app I can just download through the headset, but I'd love for whatever I get to have to give me the opportunity to watch my videos or movies in places like the void, or on the moon, or in the Imax theater, because those settings were just fun to watch videos in. That being said, which kind of VR should I get that I don't need Samsung phone for?
Tagged:
0