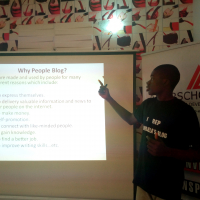 Oculus rolled out hand-tracking on Oculus Quest last week as an experimental feature, but the company says it’s waiting on feedback before it commits to bringing the capability to its latest PC headset, the Rift S.

Though the company has assured its PC VR users on several occasions that they remain a top priority, the bulk of Facebook’s attention lately seems to be on its standalone headset, Oculus Quest. Since its launch earlier this year, the device been improving with regular software updates, like improved passthrough capabilities and Oculus Link which turns Quest into a PC VR headset too.

And now Oculus has rolled out controller-free hand-tracking as an experimental feature on Quest. Though early, it’s a rather significant new capability—opening up new and improved use-cases for VR apps which could be more natural or convenient to control without picking up controllers—and one which Oculus seems keen to bring to full release.

Considering the importance of this new input capability, it’s somewhat surprising that Oculus not only didn’t bring the same feature to Rift S at the same time, but the company isn’t even ready to commit to doing so eventually.

“We started [hand-tracking] with the Quest platform first and we’re going to listen to the feedback from Quest as we roll out this feature, and will evaluate the technical challenges of bringing it to other devices [like Rift S],” an Oculus spokesperson tells Road to VR.

Still, as the company appeared to finally be moving toward a more cohesive ecosystem, it’s strange to see that Oculus isn’t signaling a clear desire to maintain ‘input-parity’ between its latest headsets; though games still need to be heavily optimized to run on Quest’s low-end hardware, it’s the first untethered headset from Oculus to support the same 6DOF tracking as its PC counterpart, meaning it can play the same kind of high-end VR games which require advanced tracking—a boon for developers trying to find success in a fragmented space.

With handtracking on Quest but not Rift S, developers are right back to juggling very different input modalities (a cumbersome design challenge), or biting the bullet and putting all of their eggs in the Quest basket (if they seek to build an app uniquely suited to hand-tracking).