I've been having some major problems with my Oculus Rift S today and yesterday. Yesterday, I was playing games and doing what I usually do on my headset perfectly fine. All of the sensors worked, tracking, all was perfect. I had to leave my house for a bit and I proceeded to shut off my computer. I came back later to find out that my headset will not work. Ever since I got the headset, it wanted me to do an Oculus app restart in the device menu, even though everything was connected and fine. I would do the restart and it would want me to restart again and again, creating this never ending loop. I then found a work-around to this issue by unplugging and re-plugging in the cables to my computer. After doing that, I was able to do everything perfectly fine.

This started to not work, the unplugging and re-plugging, so I ran a repair of the software. The repair failed and that led to the entire software being wiped off my computer. I quickly reinstalled and noticed that the problem was still happening, so I attempted to re-setup the headset. When I tried to do this, the cable was connected fine, except when I got to the sensor screen, I kept getting sensors can't track headset.

I've found that people have had the same issue as me, and that this can be quickly resolved by going into Windows Settings>Privacy>Camera and disabling then enabling some settings. But it seems like I'm having a completely different problem, or I think I am. Whenever I do all of the steps, such as disabling then enabling camera settings, nothing changes. If I scroll down, I end up seeing that an app, known as OVRServer_x64.exe etc. might not appear in the list of apps that I can toggle camera settings.

This immediately peaks my interest because if you look at the image below, you can see that it says it was last accessed at 7:04:51PM, which is around, or the exact time, that my headset last worked. Keep in mind that this is in the camera settings. When I clicked on the thing itself, more information comes up. It shows the directory in which I can find this thing.

I went to the file location and decided to run the exe., OVRServer_x64.exe, soon to be met with the CMD window below. It says that there is already a breakpad server or it assumes there is one. I decided to go into my task manager, and find the exact same process in the camera settings there. I tried terminating the process, which did terminate it, and tried to setup. I figured that this would relaunch some type of Oculus VR Server (OVRServer_x64.exe) or something like the file says.

This did absolutely nothing and I am still stuck on this sensors can't track headset screen. I figured that I'd write this in here, just in case, that it is not the headset. I have an older gaming PC, so I decided to try and set up the Oculus on that. I was able to use the cameras, tracking, play the Oculus demo, and obtain screenshots of the same Windows>Privacy>Camera menu.

Someone please help or at least reply. I have been at this for more than 7 hours now. 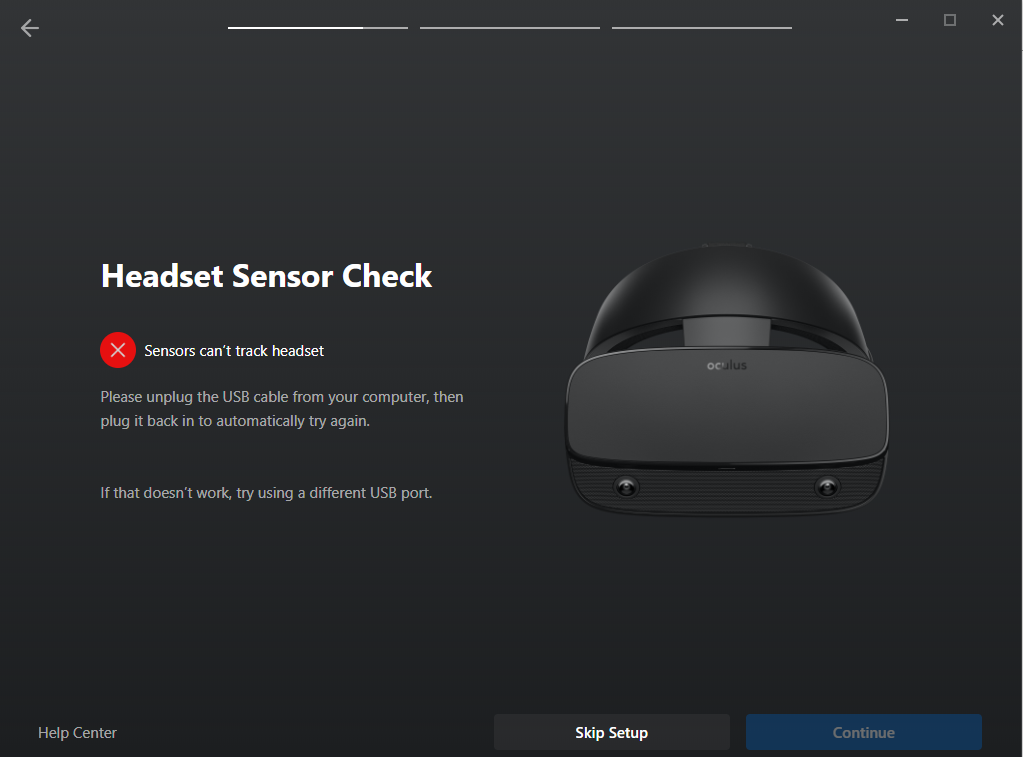 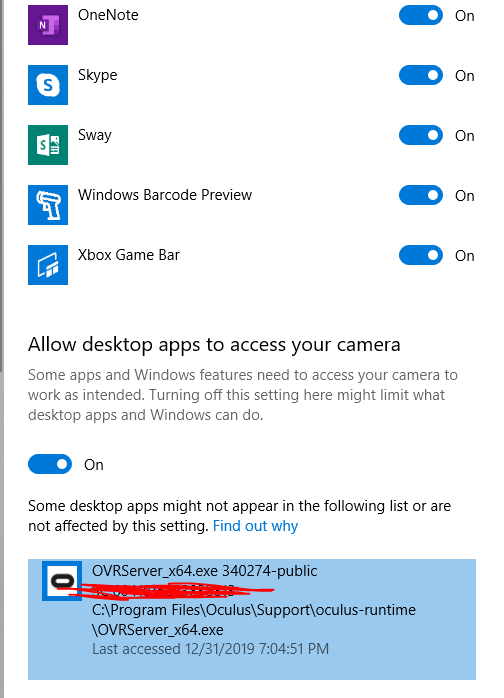 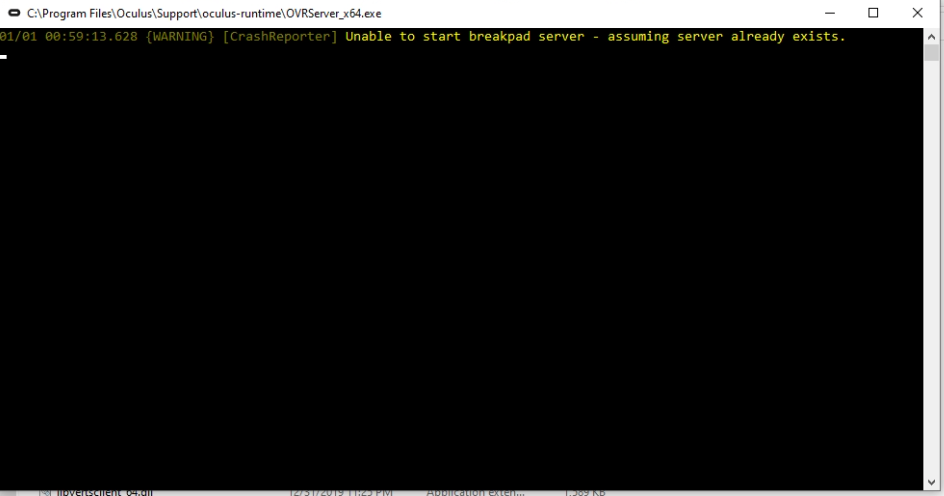