The left touch controller ring is cracked and I don't think I did it. (Launch day controllers.)

Geo-Warrior Posts: 1 NerveGear
January 2 in General
The crack is only visible from the outside, right around the 9 o'clock position and you can kind of see the "guts" of the ring. The same spot on the inside of the controller ring is intact. The crack is also just slightly to the left of the faint seam that you can see if you look closely at the outside of the ring. I'm always real careful of where I place them when not in use and with out I handle them when I am using them. There's some very small war wounds (wall paint scuffs) on the opposite part of the ring. I've hit the wall a few times while playing the action games but it's been quite a while since I have. My fingers usually lighten the impact when I hit something and I think it's always been my right hand that hits anyways. I can tape the thing in hopes it would strengthen the crack if I really need to but so far I haven't noticed any real problems with the controller tracking and I'd hate to block some of the important lights in the ring. This all appeared out of the blue and I'm afraid it's going to get worse quickly. Has anyone else run into anything like this? I wonder if it's a stress point given that it's so close to the seam. I really don't think it was caused by any accidents while playing. It's been months since I've done so and this crack just appeared. I want to spend $80 on the Oculus Link cable, not a new touch controller. Here's a pic of the cracked outside of the ring and a pic of the same spot on the interior of the ring which you'll notice is not broken. Suggestions are much appreciated. Thanks a lot. 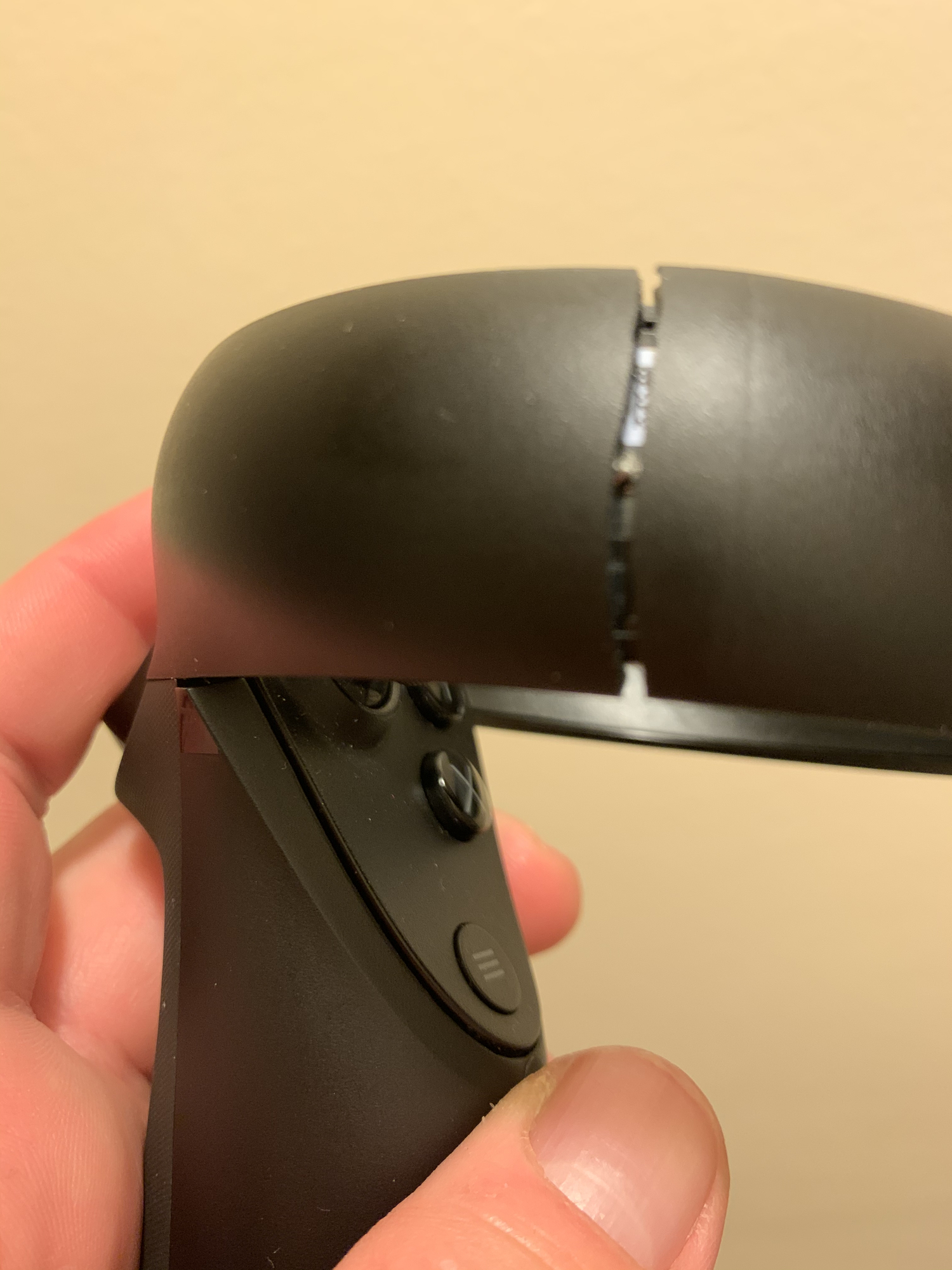 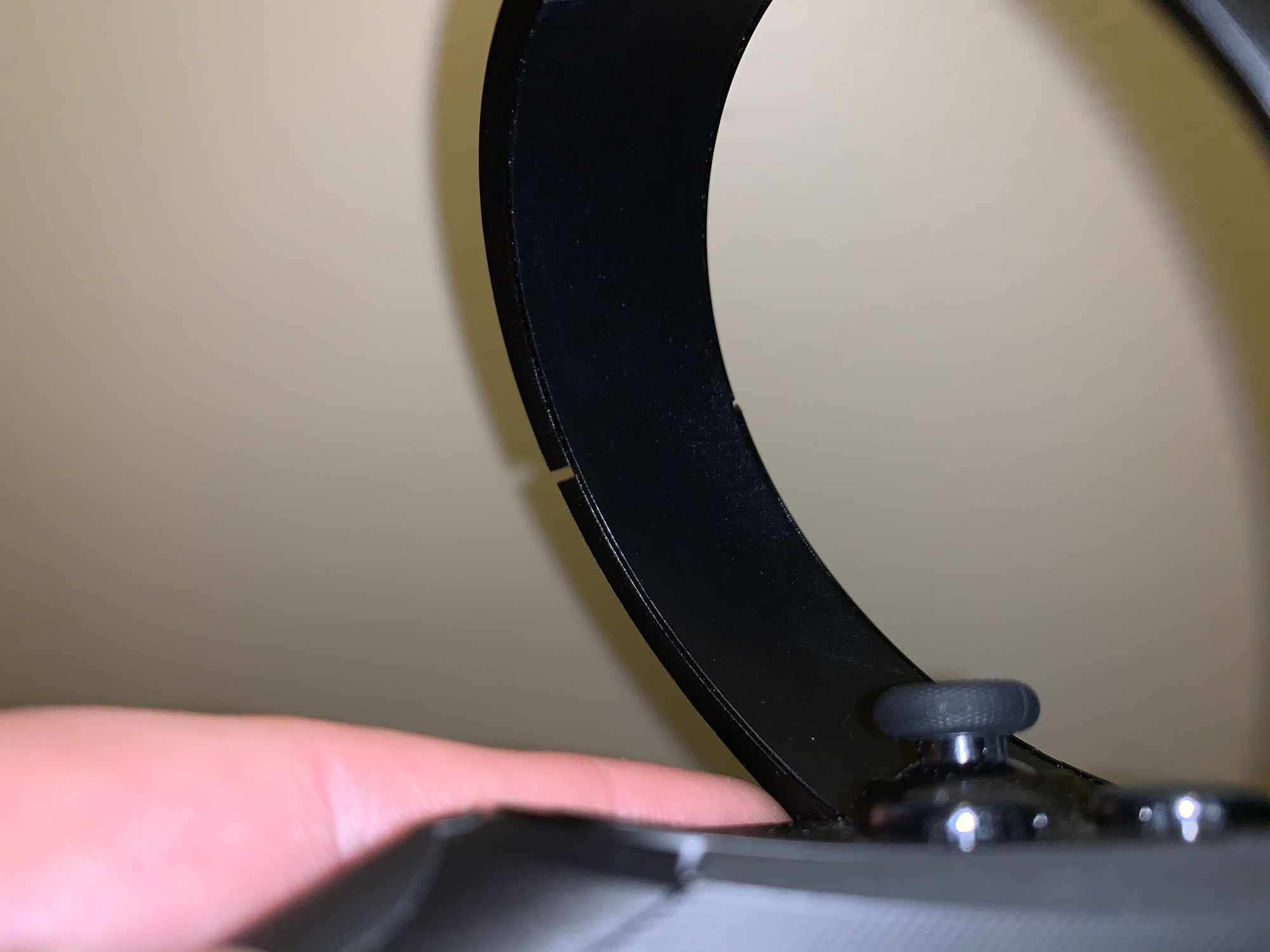